KABUL - On the heels of International Women’s Day earlier this month, the UN’s regional offices in Afghanistan have continued their information campaigns to raise awareness about women’s rights.

Officials from the regional office of the United Nations Assistance Mission in Afghanistan (UNAMA), along with partners in and around Kunduz, have been putting up banners with information from the Afghan Constitution, state laws and Islamic quotes on the rights of women.

The banners depict artwork selected from a student drawing competition held last month in Kunduz. In the competition, Afghan students graphically depicted violence against women, including the negative physical, psychological and social effects.

The UN-supported event, involving some 40 participants between the ages of seven and 20, involved the exhibition of some 60 drawings, all highlighting the consequences of various forms of violence against women, including battering, chemical assault, the practice of “baad” (giving away a woman or girl to settle a dispute), verbal abuse and forced labour.

“Violence against women is a serious problem in our community; we need to address it,” said the winner of the contest, Jawid Ranjbar, age 20. “I am glad to be able to express my opinion on the issue by participating in this contest.”

The contest was organized by UNAMA in collaboration with the Afghan Civil Society Forum, the provincial Department of Women’s Affairs (DoWA) in Kunduz and the Afghanistan Independent Human Rights Commission.

Two of the new banners were displayed on the walls of Kunduz University, while the remaining banners were put up in market areas, other educational institutions and police compounds.

In the cities of Mazar-e-Sharif, Maimana and Shiberghan, UNAMA officials in the mission’s northern regional office continued the campaign on the elimination of violence against women by supporting televised public debates in which participants discussed harmful traditional practices and lack of access to justice as major problems that still affect women in Afghanistan.

In 2009, Afghanistan enacted the Elimination of Violence against Women (EVAW) law, which criminalizes 22 acts of violence against women, including rape and beating, and specifies punishment for perpetrators.

UNAMA’s latest report on the implementation of the Elimination of Violence against Women (EVAW) law, released in December 2013, found that Afghan authorities registered more cases of violence against women in 2013, but the number of prosecutions and convictions under the law remained low, with most cases settled by mediation. 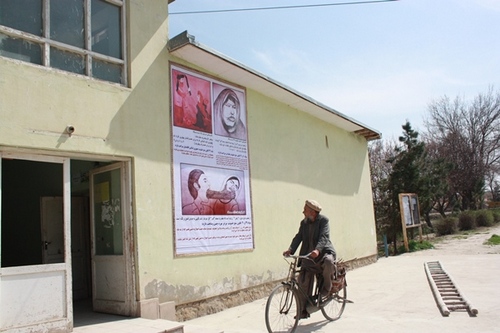