KABUL - Afghan authorities registered more reports of violence against women under the law on the Elimination of Violence against Women (EVAW law) over the past year, but prosecutions and convictions under the law remained low, with most cases settled by mediation, according to United Nations report released today.

“The landmark law on the Elimination of Violence against Women was a huge achievement for all Afghans,” said the UN High Commissioner for Human Rights, Navi Pillay, in a news release. “But implementation has been slow and uneven, with police still reluctant to enforce the legal prohibition against violence and harmful practices, and prosecutors and courts slow to enforce the legal protections in the law.

“Afghan authorities need to do much more to build on the gains made so far in protecting women and girls from violence,” Ms. Pillay added.

Produced by the UN Assistance Mission in Afghanistan (UNAMA) and the Office of the UN High Commissioner for Human Rights (OHCHR), the annual report – entitled this year: A Way to Go: An Update on Implementation of the Law on the Elimination of Violence against Women in Afghanistan – found that police and prosecutors were mediating more cases registered under the EVAW law and that large numbers of cases were still resolved through informal dispute resolution mechanisms such as jirgas and shuras.

Mediation whether through formal or informal dispute resolution bodies often fails to protect women from further violence by not applying criminal sanctions and legal protections for women, according to the report, which was released at a news conference in the Afghan capital of Kabul today by UNAMA’s Director of Human Rights and Representative of the UN High Commissioner for Human Rights, Georgette Gagnon. 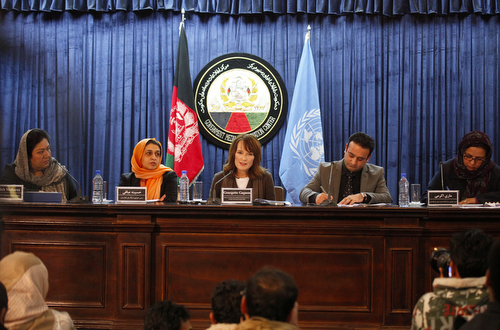 “We have found that police, prosecutors and courts, in our view, need increased resources and technical and political support and direction from the highest levels of Government to deal adequately with the increase in reporting and registration of cases of violence against women documented in this report,” Ms. Gagnon told the gathered journalists.

“In our view, only if that is done can Afghan women’s demands for justice be met. They are coming forward in demanding justice,” the UNAMA official said. “The Government needs to step up and provide that justice. And we have made a number of recommendations to the Government to assist.” 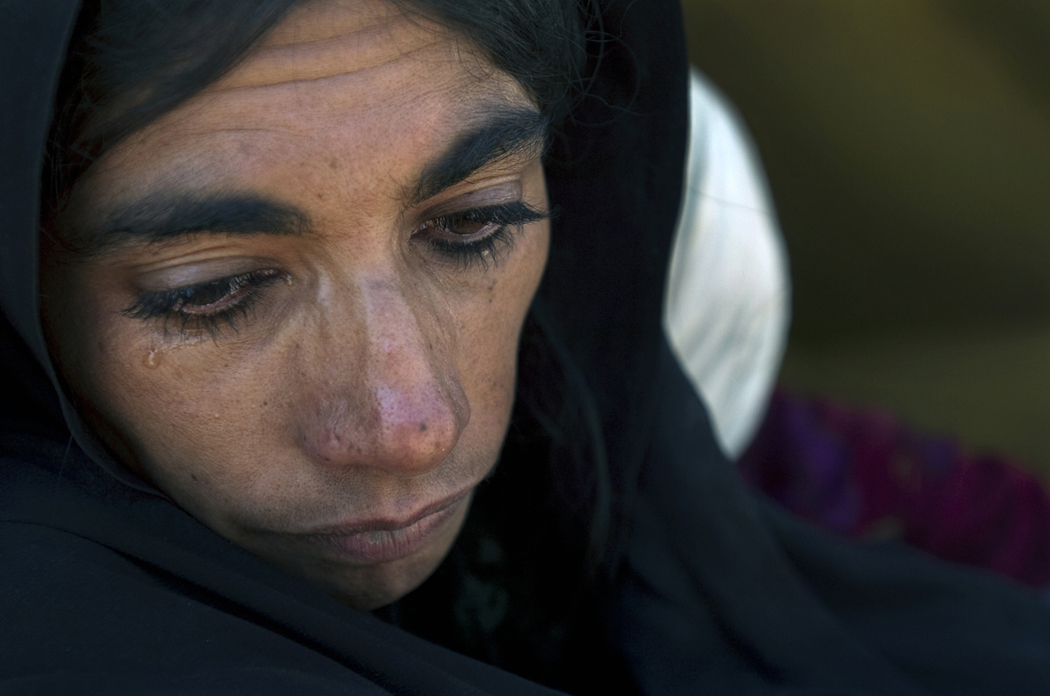 “Increases in reporting and registration of incidents of violence against women by Afghan authorities are encouraging,” the Secretary-General’s Special Representative and head of UNAMA, Jan Kubis, said in a news release.

The 49-page report compares and updates findings from UNAMA’s December 2012 report on EVAW law implementation and is based on consultations with 203 judicial, police and Government officials, and monitoring of almost 500 cases of violence against women throughout Afghanistan. The report analyses statistical data on the law’s application obtained from police, prosecutors and courts in 18 of Afghanistan’s 34 provinces over the one-year period October 2012 to September 2013.

The UN report found both advances and continuing gaps in enforcement of the EVAW law by police, prosecutors and courts in 16 provinces and in Herat and Kabul provinces. In the sample of 16 of Afghanistan’s 34 provinces, police and prosecutors registered 650 incidents of violence against women with prosecutors using the EVAW law in 109 or 17 per cent of cases and courts applying the law in 60 decisions. 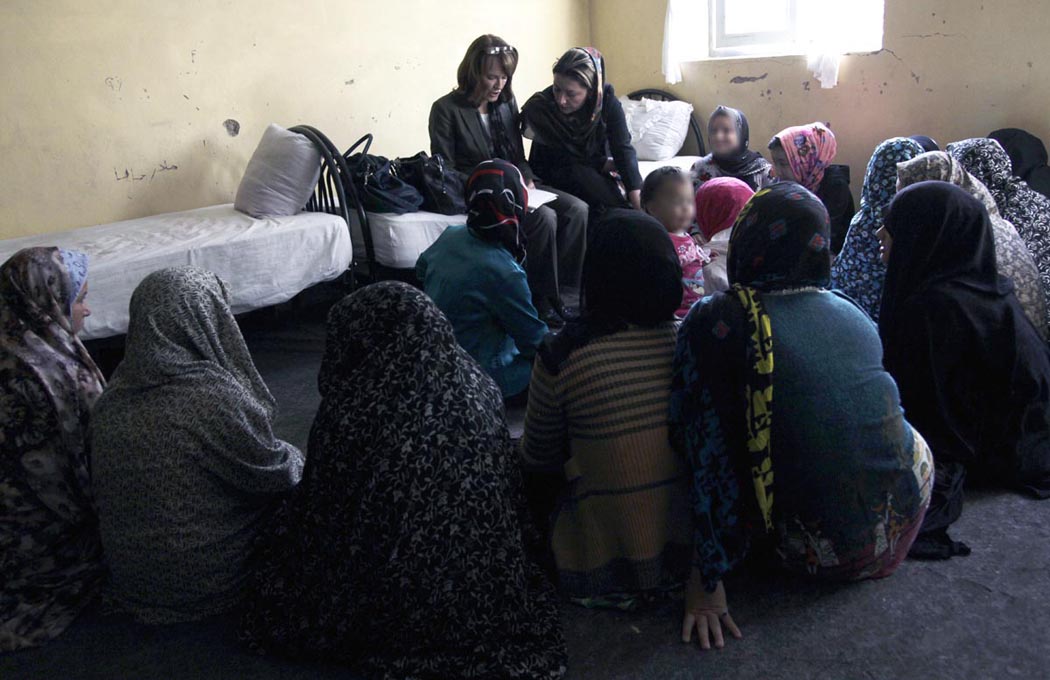 In the previous UN report covering the same 16 provinces and the time period of October 2011 to September 2012, 470 reported incidents of violence against women were registered to which the EVAW law was applied in 72, or 15 per cent, of cases with courts using the law in 52 decisions.

The crime of battery and laceration remained the most prevalent form of violence against women among the registered cases documented in the current period.

Of concern, the report found that the overall number of criminal indictments filed by prosecutors in violence against women cases under all applicable laws decreased this year despite the rise in reported and registered incidents.

The report highlighted that of an estimated 1,669 incidents of violence against women registered with Departments of Women’s Affairs and police and prosecutors in the 16 provinces, only 109 cases (seven per cent) went through a judicial process using the EVAW law. This indicates that overall use of the EVAW law to indict and prosecute perpetrators of violence against women still remained low in the 16 provinces over the past year.

“The EVAW law, when it is applied, has provided protection to Afghan women facing violence,” noted UNAMA’s Ms. Gagnon. “But most women victims still remain largely unprotected due to a lack of investigation into most incidents and continued under reporting of pervasive violence against women and girls resulting from discrimination, existing social norms and cultural practices, and fear of reprisals and threat to life.” 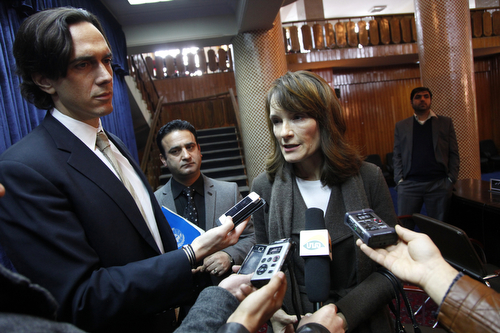 The practice of wrongful prosecution and imprisonment of women and girls for ‘running away’ from home, often to escape violence, continued in spite of directives from the Supreme Court and the Attorney General to end such practices. The practice is also referred to as ‘attempted zina (sexual intercourse outside of marriage).'

The Supreme Court recorded the convictions of 283 individuals (mostly women) for ‘attempted zina’ with 71 convictions of girls and women for both ‘running away’ and ‘attempted zina’ between March 2012 and March 2013 in three provinces. The report urged the Government to fully implement the Attorney General’s 2012 directive, which requires prosecutors to ensure that women are not prosecuted for leaving their houses. It also urged a new review of all cases of women who are imprisoned for ‘running away’ and ‘attempted zina’ and the release of those wrongly imprisoned without delay.

The UN report observed that police, prosecutors and courts need increased resources, and technical and political support and direction from the highest levels of the Government to deal adequately with the increase in reporting and registration of cases of violence against women documented in the report. Such support could enable these authorities to better meet their obligations under the EVAW law and to do their jobs better. 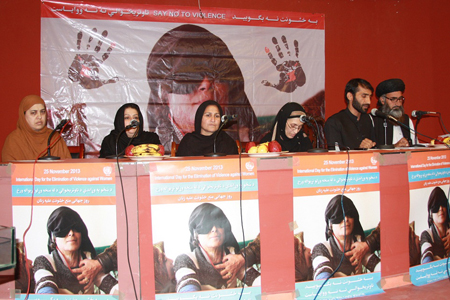 Amongst the report’s recommendations, it renewed 71 recommendations made in UNAMA’s two previous reports on the issue related to enhancing and strengthening the enforcement of the EVAW law and protection of women from violence.

The report noted that only four of the UN’s previous recommendations had been acted on by the Government of Afghanistan, while another 20 had been partially implemented.

The UN report also called on the Government to put in place a concrete plan, within six months, for the next two-year period for improving implementation of the EVAW law, including measures recommended to Afghanistan by the UN Committee on the Elimination of Discrimination Against Women (CEDAW) in August 2013.

Another recommendation contained in the report is that major donors establish a joint monitoring framework with specific indicators to measure progress in EVAW law implementation.

Download the full report in English: "A Way to Go: An Update on Implementation of the Law on Elimination of Violence against Women in Afghanistan"