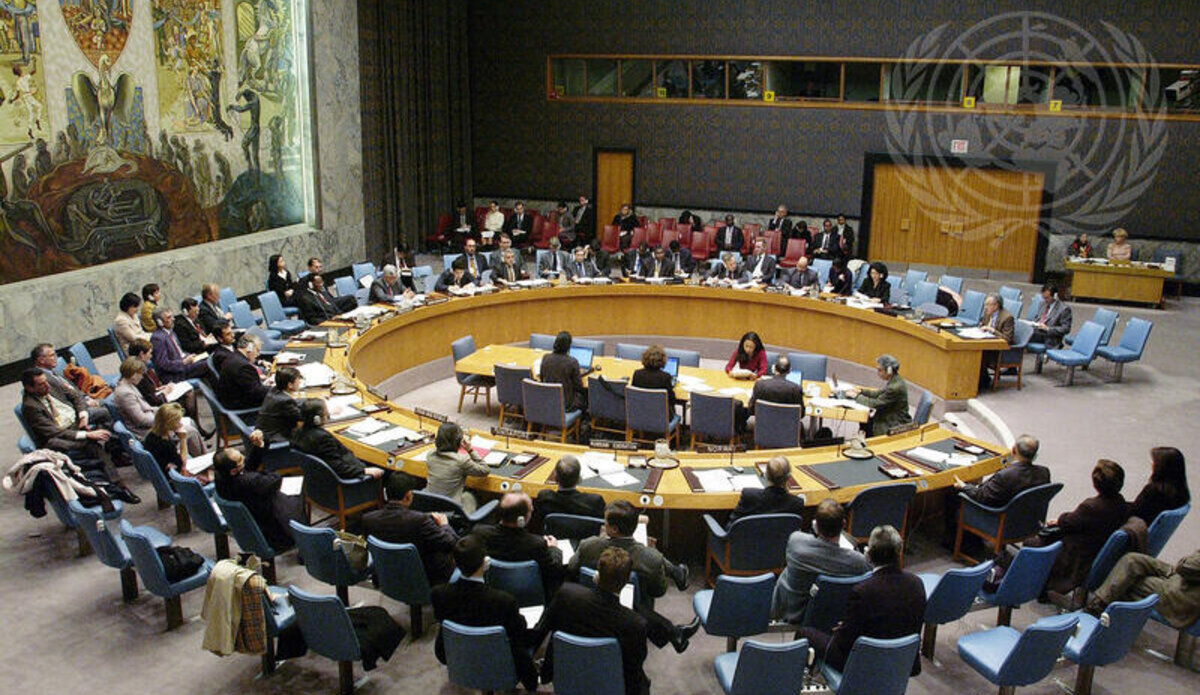 A general view of the UN Security Council in session on October 2002 as Lakhdar Brahimi, Secretary-General's Special Representative for Afghanistan, tells the Security Council this afternoon that Afghanistan had made a remarkable progress, but needs a continued commitment from its leaders to work together to achieve genuine reconciliation, along with continued and sustained international attention.

UNAMA’s current mandate comprises the following priorities:  the provision of good offices; support for the organization of future elections; strengthening capacity in the protection and promotion of human rights including the protection of children affected by armed conflict and prevention of child recruitment; support for gender equality and women’s and girls’ empowerment; the coordination and facilitation of humanitarian assistance; and support for Afghanistan’s development and governance priorities, including the rule of law, transitional justice as an essential component of the ongoing peace process, budget execution and the fight against corruption throughout the country;

The Security Council also recognized that the renewed mandate of UNAMA is in support of Afghanistan’s full assumption of leadership and ownership in the security, governance and development areas, consistent with the Transformation Decade (2015–2024) and with the understandings reached between Afghanistan and the international community in the international conferences in Kabul (2010), London (2010 and 2014), Bonn (2011), Tokyo (2012), and Brussels (2016), and the NATO Summits held in Lisbon (2010), Chicago (2012), Wales (2014), Warsaw (2016) and Brussels (2017), Kabul (2018) and Geneva (2018 & 2020).
The United Nations has been involved in the region since 1946 when Afghanistan joined the United Nations as a member state of the Organization.