KABUL - A United Nations report released today said that female teachers are “urgently needed” to boost the education of girls in Afghanistan, which has the highest level of gender disparity in the world.

“In Afghanistan, female teachers are vital for girls to be able to enroll in school, but women face cultural barriers in seeking work in areas where they are not chaperoned by family members,” according to the ‘Education for All Global Monitoring Report,’ released globally by the UN Educational, Scientific and Cultural Organization (UNESCO).

UNESCO’s 11th flagship report also said that South and West Asia is home to four of the countries with the “highest gender disparities globally.”

With 71 girls in school for every 100 boys, Afghanistan is one of the countries with very high disparities at the expense of girls, the report noted. Other countries in the region with similar challenges are Pakistan, Bangladesh and Nepal.

“Local recruitment has its benefits, such as teachers’ greater acceptance of a rural posting and reduced attrition, but some of the most disadvantaged communities lack competent applicants where access to primary schooling is low, as is the case in Afghanistan,” the report said.

Although the UNESCO report said that female teachers should be recruited locally to encourage girls’ school enrolment, the lack of girls’ education until recent times meant very few women are qualified to become teachers. 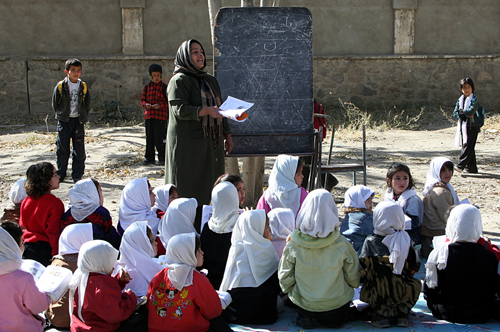 Violence and intimidation were used to prevent girls and women from attending school during the Taliban rule of Afghanistan from 1996 to 2001. No Afghan girl was in secondary school in 1999. But, in the wake of the fall of the Taliban regime, international assistance started to pour in to improve various social sectors including education and health.

By 2011, the female gross enrolment ratio rose to 34 per cent, increasing the gender parity index (GPI) to 0.55, said the UNESCO report.

After the Taliban’s fall in 2001, the UN Children’s Fund (UNICEF) became the leading partner of the Government of Afghanistan in the reconstruction of the education sector, a relationship that continues today, the UN agency notes on its website.

UNICEF notes that remarkable progress has been made in education in Afghanistan in terms of students’ enrolment since 2001. Students’ enrolment has increased tremendously for both boys and girls from just 900,000 in 2001 to around 8.3 million in 2011 of which 39 per cent are females.

UNESCO’s last ‘Education for All Global Monitoring Report,’ released in October 2012, stated that despite Afghanistan’s place at the bottom of the rankings, Afghanistan had overcome “the biggest obstacles to girls’ education any country has witnessed.”

The UN agency’s latest report has urged countries to allocate at least 20 per cent of their national budget to education.

“Yet the global average in 2011 was only 15 per cent, a proportion that has hardly changed since 1999. Of the 138 countries with data, only 25 spent more than 20 per cent in 2011, while at least six low and middle income countries decreased their education expenditure as a share of total government expenditure by five percentage points or more between 1999 and 2011. This situation is not expected to improve in coming years,” said the report. 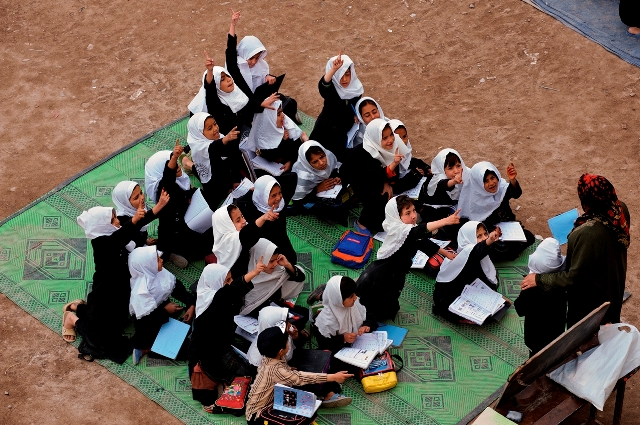 However, it added, some countries, including Afghanistan, are resisting this negative trend and are expected to increase their education budgets.

Afghanistan aims to increase the number of female teachers by 50 per cent by the end of this year under an interim education plan that includes monetary and housing incentives for female teachers, as well as special teacher training programmes for women in remote areas and women who do not meet current qualification requirements.

This year’s UNESCO report reveals that a global learning crisis is costing governments $129 billion a year.

“Ten per cent of global spending on primary education is being lost on poor quality education that is failing to ensure that children learn. This situation leaves one in four young people in poor countries unable to read a single sentence, affecting one third of young women in South and West Asia,” it said.

The Report concludes that “good teachers are the key to improvement” and calls on governments to provide the best in the profession to those who need them most.