International community resolute in its long-term support for Afghanistan – Kubiš

International community resolute in its long-term support for Afghanistan – Kubiš

KABUL - The top United Nations official in Afghanistan, Ján Kubiš, said today that the international community, including the world body, remains “resolute in its long-term support for Afghanistan” while being clear about the need for progress on mutual commitments made under the Tokyo Mutual Accountability Framework (TMAF).

“There is no post-2014 discontinuity in assistance, we are not poised at the top of a cliff as some doomsayers predict,” said the UN Secretary-General’s Special Representative for Afghanistan, Ján Kubiš, in his opening remarks at the special meeting of the Joint Coordination and Monitoring Board (JCMB) in the Afghan capital, Kabul.

The JCMB is a high-level Afghan-international community body charged with overseeing the so-called Afghanistan Compact, which was launched on 31 January 2006 at the London Conference and sets out agenda for sustained and prolonged engagement in Afghanistan with a view to consolidating democratic institutions, curbing insecurity, controlling the illegal drug trade, stimulating the economy, enforcing the law, providing basic services to the Afghan people, and protecting their human rights.

While co-chairing today’s meeting with Afghanistan’s Finance Minister, Hazrat Omar Zakhilwal, Mr. Kubiš, who also heads the UN Assistance Mission in Afghanistan (UNAMA), said there is “a clear need for unity of effort” in accelerating implementation of mutual commitments made in Tokyo in 2012 as the country is at “a critical juncture.”

“The Tokyo Mutual Accountability Framework is the agreed instrument of civilian development assistance. Together with NATO [North Atlantic Treaty Organization], Chicago Summit commitments to predictable, long-term support to the security sector, it (TMAF) forms the cornerstone of international engagement with Afghanistan,” the UN envoy said. 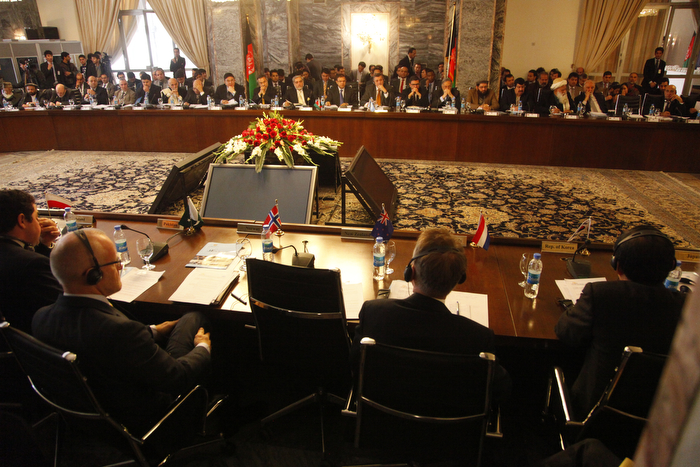 The TMAF was the outcome of a conference in the Japanese capital in 2012, which brought together representatives of 70 countries and international organizations to chart out future assistance for Afghanistan in order for it to meet its economic and development needs through the ongoing transitions and during the so-called Transformation Decade of 2015-2024. It involves $16 billion through 2015 for the country’s economic and development needs and was held amidst fears within Afghanistan that international support to the country may wane after the majority of foreign combat troops leave the country in 2014.

Over $5.7 billion of the international assistance, pledged at the Tokyo Conference, has been disbursed so far.

He also reminded the Government of Afghanistan that it was committed, under TMAF, to an agenda of essential reforms in reinforcing good governance, financial sustainability and human rights, including the rights of women and children.

The UN envoy emphasized that Afghanistan’s future stability depends on representative, accountable institutions, together with a regulatory environment which encourages donor and investor confidence and generates employment opportunities.

“Accelerated progress is essential for the Afghan people, who need to have the confidence to invest in their future,” he said. “Clear results and fulfilment of commitments is also critical for sustained donor engagement at a time when there are numerous competing international priorities and economic challenges in many capitals.” 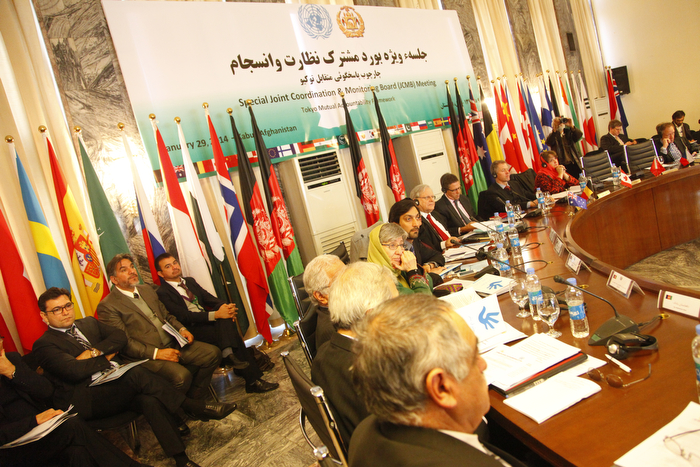 The UN envoy noted that the three electoral bodies “have helped ensure that preparations are at a more advanced stage than previous polls, with improvements to the quality and credibility of the process.”

The upcoming elections will mark the transfer of power from one elected president to another for the first time in the country’s history. The political transition coincides with a security transition as Afghan security forces have taken up security responsibility from their international allies, who are ending their combat mission by the end of this year.

“The legitimacy of the future administration will necessarily be a prerequisite for strong leadership of the country, and its unity, as well as sound partnership with the international community,” he continued. “Combating fraud and guarding against internal and external inference are also vital to ensuring an outcome widely accepted by Afghans.”

The 11 candidates running for the Presidency were invited to the JCMB meeting as observers. In welcoming their presence, Mr. Kubiš said the candidates were “a vital bridge to the future” in helping ensure continuity in Afghanistan’s development, economic and rights agendas through the delicate period of leadership change.

“Both today, and when the formal electoral campaign gets underway next week, it is important for the Afghan people to hear clear visions for the future, including a commitment to sustaining and accelerating progress on Tokyo commitments,” Mr. Kubiš said.

The UN envoy also noted that “substantive and truly impressive progress” has been made over the last 12 years by Afghan authorities and the Afghan people “with the generous support of the international community.” 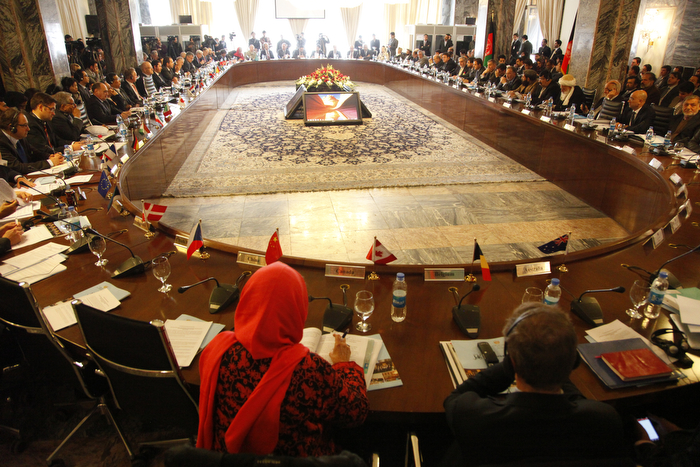 “Notable among the dramatic improvements in the lives of the Afghan people are the expanded provision of education and health, the improved state of roads and infrastructure, and the promotion of women’s rights and freedom of speech,” said Mr. Kubiš.

A joint statement issued at the end of the JCMB meeting said that the international community and the Government reaffirmed their commitment to remain “enduring partners,” as outlined in the TMAF, “in the spirit of mutual accountability.”

“The meeting agreed that in order to put Afghanistan on a solid path toward self-reliance, the Government in partnership with the international community will have to continue to build upon the gains of the last decade in grounding representational democracy, improving governance, addressing human rights issues, especially for women and girls, strengthening anti-corruption mechanisms, ensuring the integrity of public finance, addressing economic challenges such as enlarging the revenue base, and inclusive, sustained growth and development as a prerequisite for the generation of employment opportunities, especially for Afghanistan’s youth,” the joint statement said.

Echoing the views expressed by Mr. Kubiš, the statement noted that Afghanistan has made substantial progress over the past 13 years, “which would not have been possible without the exceptional financial support of the international community and the sacrifices by both Afghans and international partners.”

It also said the country will continue to require “substantial donor assistance” to sustain progress in reducing poverty, creating jobs and better delivery of services.

- At high-level meeting in Kabul, commitments renewed for cooperation on future of Afghanistan