KABUL - A senior United Nations official in Afghanistan said today that the world body stands ready, as the representative body of the international community, to assist in resolving the “current political impasse” that has arisen in the wake of last week’s Presidential run-off elections.

The UN Secretary-General’s Deputy Special Representative for the country, Nicholas Haysom, also made it clear that any role for the UN should be agreed with the relevant Afghan stakeholders involved.

“We have very firmly stated that we will walk with Afghans down this difficult road in this political transition,” Mr. Haysom said at a brief media encounter in the capital, Kabul. “If it’s their decision, and they tell us what we can do, and provided it has broad agreement – it’s not a role which has the support of only one party – then we would do what we could do to assist.”

However, Mr. Haysom, who is also a deputy head of the UN Assistance Mission in Afghanistan (UNAMA), said the UN would not take any step that would be seen as “interfering or substituting the UN for Afghan leadership.”

“So to clarify the UN’s position, and I think the position of the international community, is that we want to reassure the Afghan people that we stand ready to assist them and to support them in resolving this political impasse,” he added.

Mr. Haysom’s comments come three days after one of the two Presidential candidates, Dr. Abdullah Abdullah, announced the suspension of his campaign’s involvement in the Afghan-led and -managed elections process, called for a halt to that process and raised the possibility of a commission to settle poll-related disputes under UN supervision. In remarks on Friday, President Hamid Karzai echoed Dr. Abdullah’s suggestion of a possible UN role as one of two options to address the political impasse.

A number of Dr. Abdullah’s supporters staged demonstrations across the country today. 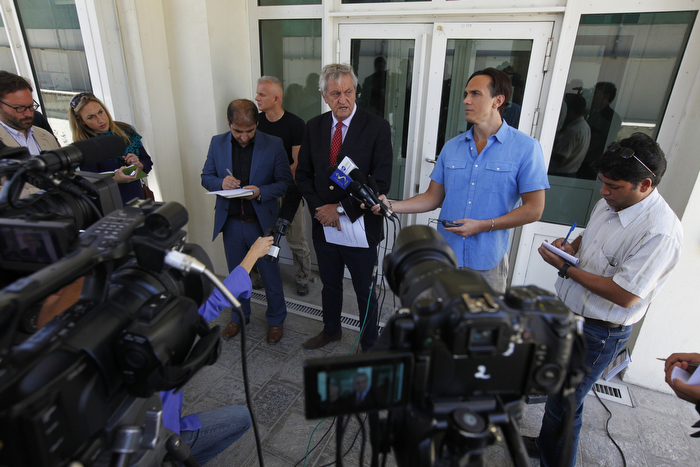 He also warned that “should any violence emanate from the demonstrations it could set back the process, make the task of the trust-building more difficult, it could lead to spiral of instability; it could be corrosive for the morale of the Afghan National Security Forces, whom we urge to act with full neutrality and professionalism at this difficult time.”

In the 14 June run-off elections, Afghan voters had a choice between Dr. Abdullah and Dr. Ashraf Ghani Ahmadzai to lead the country. The two candidates emerged after the first round of the poll on 5 April, which saw no candidate gain the 50 per cent plus one of the total number of votes needed to become the President.

UN officials have previously described the elections, which was one of the most intensively observed, as being critical to the country’s stability and continued international support.

Mr. Haysom also noted “a disturbing tone” in some social media outlets, and called upon supporters of the candidates to refrain from inflammatory statements or statements that promote “a divisive ethnic mobilization.”

He, instead, urged the candidates re-engage fully in the electoral process, adding that the most important assistance UN can give now is “to provide a bridge between those who need to be talking to each other.”

“Just to emphasize once again: going forward, we are going to be encouraging the candidates and the candidate teams to engage with each other, and with the election management bodies, hopefully, in the task of building trust and confidence in the process,” the UN official said.