KABUL - In its assessment of last Saturday’s second round run-off in Afghanistan’s Presidential elections, an Afghan election observer group today said that the election process was “good overall” although cases of irregularities and violations were reported at different polling centres throughout the country.

“The main difference in the run-off as compared to the first round of the Presidential election was increased awareness among the Afghan population – however, heightened security threats in some parts affected the participation of people,” said the head of the Transparent Election Foundation of Afghanistan (TEFA), Mohammad Naeem Ayubzada, at a news conference in the capital, Kabul.

Afghan voters had a choice between Dr. Abdullah Abdullah and Dr. Ashraf Ghani Ahmadzai to lead the country. The two candidates emerged after the first round of the poll on 5 April saw no candidate gain the 50 per cent plus one of the total number of votes needed to become the new President.

On Tuesday, another Afghan election observer group, the Free and Fair Election Forum of Afghanistan (FEFA), said although the management and administration of the election day were “successful” overall, some “bitter experiences of the first round of election” were repeated in the run-off. 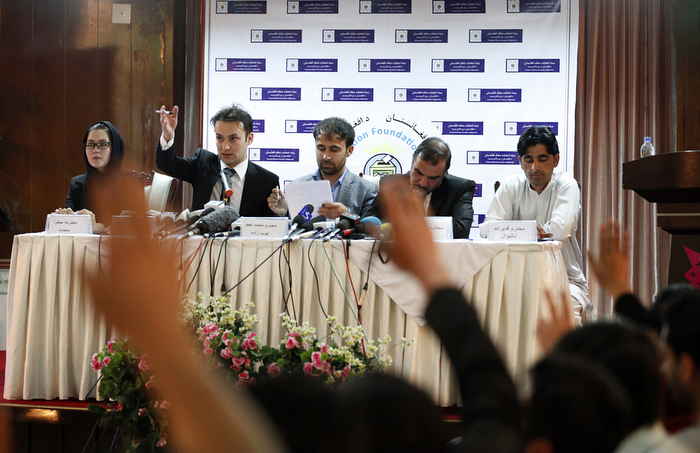 The group had deployed some 9,000 election observers, out of which 2,550 were female, to the all 34 Afghan provinces, said Mr. Ayubzada.

In his comments, another TEFA official, Siddiqullah Tawhidi, stressed the need for continued monitoring of the vote-tallying process by observers until the announcement of the final election results.

In a news release on Wednesday, the United Nations Assistance Mission in Afghanistan (UNAMA) said that the two commissions have to demonstrate the highest levels of transparency and integrity and continue to proactively respond to valid candidate concerns.

“All efforts should be made to ensure that all valid votes are counted and all invalid ballots rejected – such efforts will have our full support,” the he Secretary-General’s Special Representative for Afghanistan and head of UNAMA, Ján Kubiš, said in the news release.