KABUL - Today H.E. Wais Ahmad Barmak – Minister of the Rural Rehabilitation and Development (MRRD) – together with senior government officials and members of the community, inaugurated the construction of a 2.6 kilometre asphalt road in Kabul city. The asphalt road, the construction of which will be overseen by the National Area-Based Development Programme (NABDP), will be pivotal in connecting the Qalai Fathu village in District 7 with the city.

Mr. Abdul Raheem Daud “Rahimi”, Programme Manager for NABDP, was present at the inauguration. He indicated that “Insecurity starts where the road ends. This road will enable nearly 40,000 people of Kalai Fathu the ability to have a better livelihood. They will have access to hospitals, markets and other key services that will help them progress toward economic stability and a more stable future.” 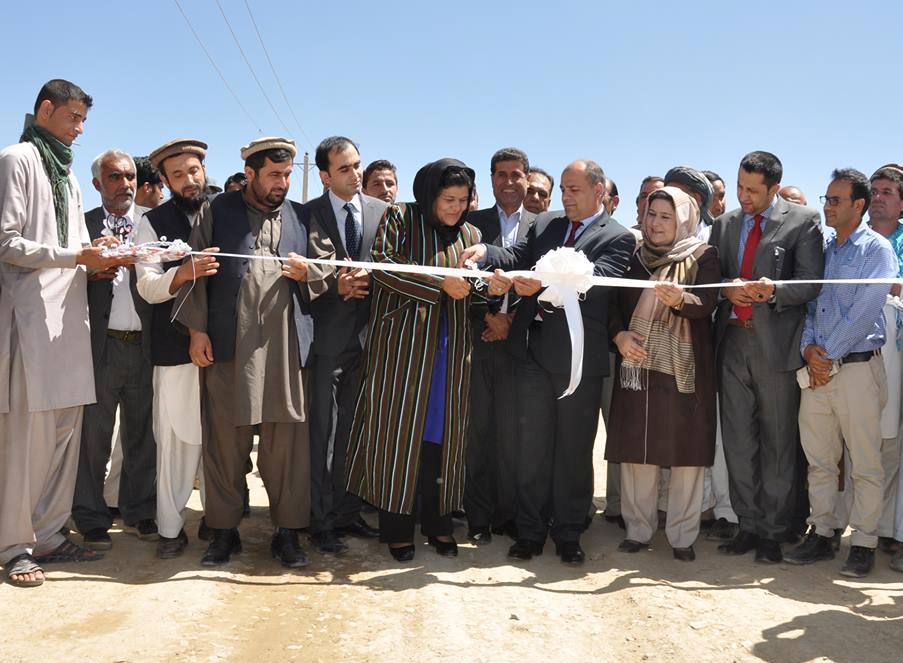 The project, generously funded by the Government of Japan with a budget of USD $498,528, is expected to take 190 days to complete and will create over 2000 labour days for members in the local community. Since NABDP’s inception in 2002, the Programme has overseen the construction of 29 roads totalling 63.7 kilometers in Kabul province alone. The projects have occurred in 10 out of 16 districts within Kabul province and have benefited nearly 500,000 people. Road projects are defined as asphalt, concrete, primary and secondary roads, as well as patching.

Click here for a pdf version of the press release

NABDP commenced as a joint initiative of MRRD and the United Nations Development Programme (UNDP) in 2002, with the goal of contributing to a sustainable reduction of poverty and an improvement of livelihoods in rural Afghanistan. With the support of the international community, MRRD is working to rebuild rural Afghanistan through national Programmes, such as NABDP. NABDP is now in its third phase of implementation that will last from June 2009 – June 2015. Funders include UNDP, Australia, Canada, Denmark, the European Union, Germany, Italy, Japan, the Netherlands, Norway, Spain, and UNHCR.