KABUL - Despite some four million Afghans becoming literate since 2002, Afghanistan still has one of the highest illiteracy rates in the world with about nine million illiterate adults, according to the Afghan Ministry of Education.

Some of Afghanistan’s literacy programmes are supported by the United Nations, including a literacy project which uses mobile phones in the provinces of Nangarhar, Balkh, Bamyan and Kabul.

The UN Educational, Scientific and Cultural Organization (UNESCO) currently has several large scale literacy projects that are implemented through a range of partnership agreements with the Government of Afghanistan.

One of them is the Enhancement of Literacy (ELA) in Afghanistan project, which is "the largest single literacy based programme" in the country, according to an education programme specialist at UNESCO, Peter Simms. The ELA project, which is implemented in coordination with the Literacy Department of the Ministry of Education, has been running for the past three years and is about to enter its third phase.

Another programme, Literacy Enhancement for Afghanistan Police (LEAP), is implemented in cooperation with the Ministry of Interior and aims to expand the literacy levels of the Afghan police force. 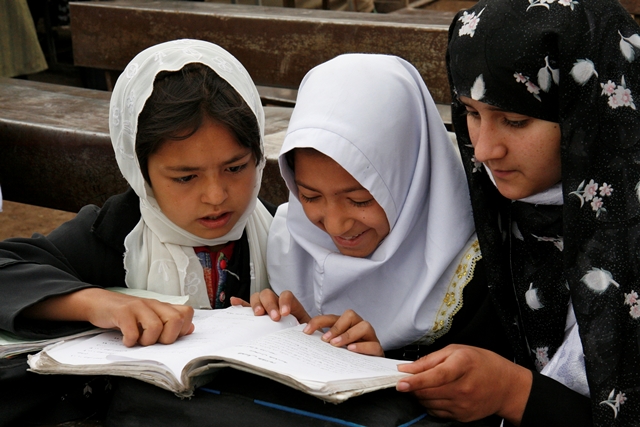 Over 84 per cent of the world’s adults are now literate, according to the latest data released by UNESCO. This represents an eight percentage point increase since 1990, but it still leaves some 774 million adults who cannot read or write.

‘Literacies for the 21st Century’ is the theme of this year’s International Literacy Day, chosen to highlight the evolving range of literacy skills required to full participate in today’s connected societies. On its website, UNESCO notes that literacy is a right and a foundation for lifelong learning, better well-being and livelihoods, and, as such, it is a driver for sustainable and inclusive development.

In his message for the Day, UN Secretary-General Ban Ki-moon urged all countries to make education and literacy national priorities.

“By promoting literacy, we can help millions of people write their own chapter of opportunity in their lives and our common future,” said Mr. Ban.

The UN chief launched the five-year Global Education First Initiative last year with the aim “to generate a renewed push to achieve the internationally-agreed education goals set for 2015 and get the world back on track to meeting its education commitments.”

“When we invest in learning and literacy, we invest in human dignity, development and peace,” Mr. Ban said in his message. “That is why I launched the Global Education First Initiative, which focuses on ensuring that every child can go to school.” 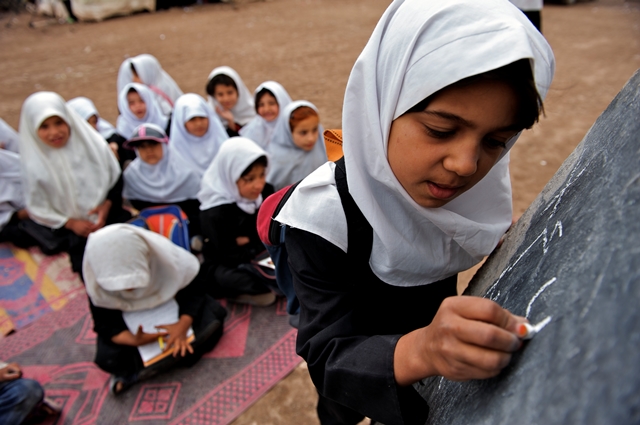 The colloquium will lay the foundations for a Global Coalition, a multi-stakeholder partnership for advancing the literacy agenda, to be launched in November, according to the UN agency.

“In the twenty-first century, more than ever before, literacy is the cornerstone of peace and development,” UNESCO’s Director-General, Irina Bokova, said in her message for the Day. “Literacy is the first condition for dialogue, communication and integration into new connected societies... Literacy is the key for acquiring knowledge, interpersonal skills, expertise and the ability to live together in community – all skills that are the foundations of modern society.”

Afghanistan’s recent experiences have played a key factor underpinning the country’s nine million illiterate adults, according to the head of the Afghan Ministry of Education’s Literacy Department, Allah Baz Jam.

“Over three decades of war, poverty and unfavourable traditional practices are the main contributing factors to the problem,” said Mr. Jam, adding that about 500,000 illiterate Afghans attend literacy classes conducted with support of international organizations every year. 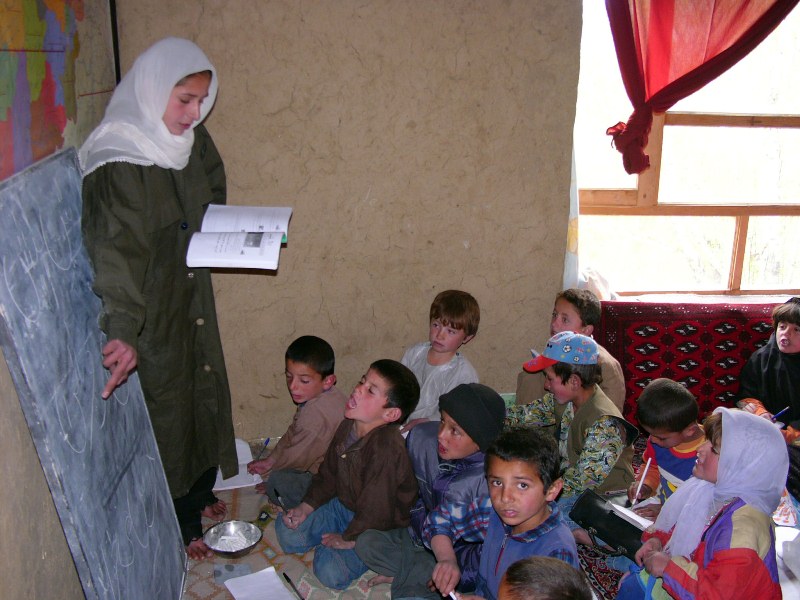 “We conduct literacy and vocational training courses for illiterate women in 13 provinces. There are 12 courses in each training centre. This programme was launched with the financial and technical assistance of UNICEF (the UN Children’s Fund),” he added.