KABUL - The women’s committee of the High Peace Council (HPC), an Afghan body leading the country’s peace efforts, today submitted a petition – containing the signatures of more than 250,000 Afghan women and girls calling for peace and a cease-fire – to the United Nations Assistance Mission in Afghanistan (UNAMA) for onward transmission to the head of the world body, Secretary-General Ban Ki-moon.

In accepting the petition at a UNAMA office in the Afghan capital of Kabul, Mr. Ban’s Deputy Special Representative for Afghanistan, Nicholas Haysom, said, “While I assure you that we in the United Nations will give serious consideration to this petition – it is also a hope that the leaders of Afghanistan and the leaders of the armed opposition groups will also hear the women through this petition.”

The committee members indicated that they will also seek to present the petition to President Hamid Karzai; the country's main armed opposition group, the Taliban; and the Organization of the Islamic Conference, which is a grouping of 56 Islamic states promoting Muslim solidarity in economic, social, and political affairs.

The signature campaign, started in mid-January, lasted until February and covered most of the country’s 34 provinces, according to the organizers. 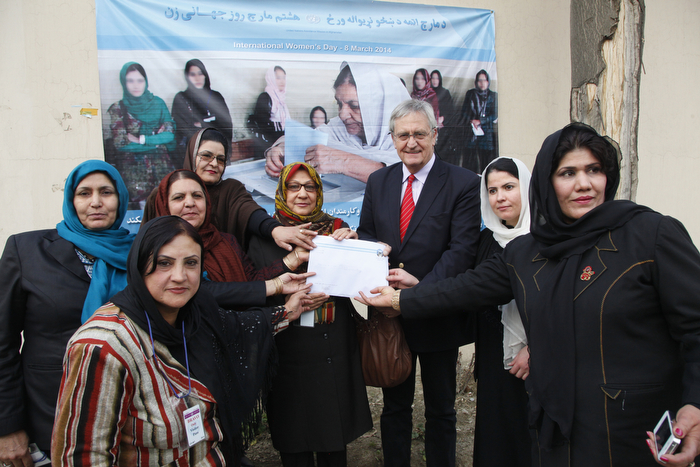 While reading out the petition at UNAMA’s premises today, an HPC member and a Member of Parliament, Sediqa Balkhi, also called on the UN Security Council to do more “to fight against extremism and violence and bring the regional countries more towards cooperation for peace [in Afghanistan].”

Mr. Haysom said he recognized that the signatures were collected under difficult conditions “which required great organizational skill and courage under the current conditions.”

“In accepting this petition, we recognize that in Afghanistan – like in all countries in which there is conflict – women bear the principle burden of violence and war; they deal with the consequences of violence – whether it’s the loss of their home through displacement, through the loss of loved ones or the loss of the livelihood on which women depend to raise their families,” said Mr. Haysom.

UNAMA’s latest report on protection of civilians in armed conflict, released last month, found that 2013 was the worst year since 2009 in terms of the number of women and children killed or injured as a result of conflict-related violence.

Mr. Haysom assured the HPC members that the petition will be transmitted to Secretary-General Ban and “will receive the considered attention of the United Nations.” 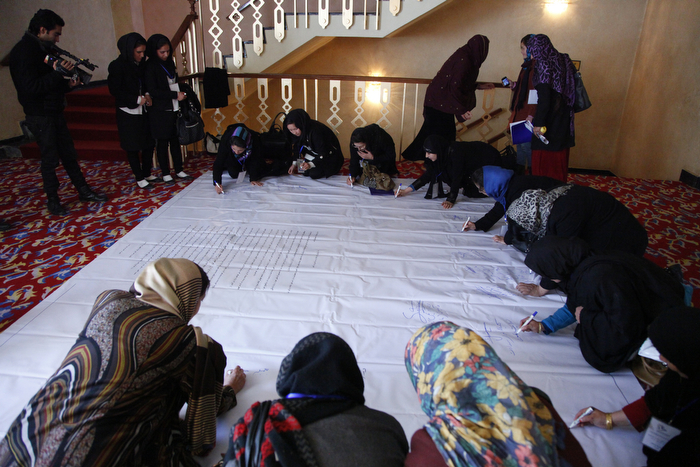 “We commend this effort not only because it makes a contribution towards the cause of peace being essential for economic development and the conditions under which Afghans can live together in harmony, but this project is also an example of what women can do to exercise their right to shape the destiny of their own country,” he added. “We recognize this especially in the context of the coming elections in which the right to vote and to stand for office is also an important right.”