KABUL - Reversing a decline in civilian casualties recorded in 2012, the number of civilians killed or injured in Afghanistan’s armed conflict increased by 14 per cent in 2013, according to a new United Nations report released today.

The new findings are similar to record high numbers of civilian casualties documented in 2011, when UNAMA recorded 3,133 civilian deaths and 4,706 injuries.

“Armed conflict took an unrelenting toll on Afghan civilians in 2013,” said the UN Secretary-General’s Special Representative for Afghanistan and head of UNAMA, Ján Kubiš, on the new findings.

The UNAMA report, released at a news conference in the Afghan capital, Kabul, observed that while improvised explosive devices (IEDs) used by anti-Government elements (AGEs) remained the biggest killer of civilians in 2013, increased ground engagements between pro-Government forces (PGFs) and AGEs emerged as the number two cause of civilian casualties with rising numbers of Afghan civilians killed and injured in cross-fire. Both factors drove the escalation of civilian casualties in 2013, said the report.

AGEs include all individuals and armed groups involved in armed conflict with or armed opposition against the Government of Afghanistan and/or international military forces. They include those who identify as “Taliban” as well as individuals and non-State organized armed groups taking a direct part in hostilities and assuming a variety of labels including the Haqqani Network, Hezb-e-Islami, Islamic Movement of Uzbekistan, and other militia and armed groups pursuing political, ideological or economic objectives including armed criminal groups directly engaged in hostile acts on behalf of a party to the conflict. 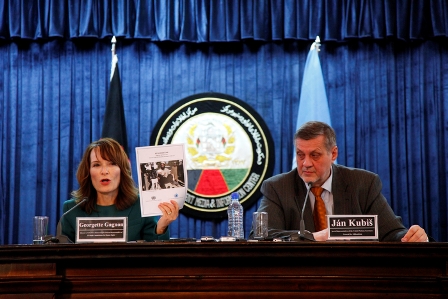 The AGEs’ use of IED tactics caused almost half of all civilian casualties in 2013, the report found.

The new report attributed 74 per cent of total civilian deaths and injuries in 2013 to AGEs, 11 per cent to PGFs (with eight per cent to the Afghan National Security Forces and three per cent to international forces) and ten per cent to ground engagements between AGEs and PGFs. Five per cent of civilian casualties were unattributed, resulting mostly from explosive remnants of war.

“At the start of 2014, it is imperative that all parties, but particularly anti-Government elements, halt the worsening impact of the conflict on Afghan civilians,” said Mr. Kubiš.

According to the report, since 2009, the armed conflict has claimed the lives of 14,064 Afghan civilians and injured thousands more. This brings a total number of deaths since UNAMA started documenting civilian casualties in the Afghan conflict in 2007 to well over 17,500.

While renewing the mandate of UNAMA for one more year in March last year, the UN Security Council tasked the special political mission “to monitor the situation of civilians, to coordinate efforts to ensure their protection, to promote accountability, and to assist in the full implementation of the fundamental freedoms and human rights provisions of the Afghan Constitution and international treaties to which Afghanistan is a State party, in particular those regarding the full enjoyment by women of their human rights.”

The new report found that 2013 was “the worst year for Afghan women, girls and boys” since 2009, with the highest number of deaths and injuries recorded from conflict-related violence. 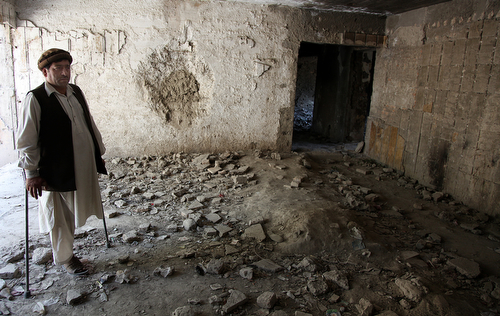 The UN report noted that that AGEs continued to deliberately target civilians across the country and carried out attacks “without regard for civilian life,” causing 6,374 civilian casualties, a four per cent increase from 2012.

“Indiscriminate use of IEDs by Anti-Government Elements increased in 2013 and remained the leading cause of civilian deaths and injuries. UNAMA recorded 2,890 civilian casualties (962 civilian deaths and 1,928 injured) from IEDs, up 14 per cent from 2012,” said the report. 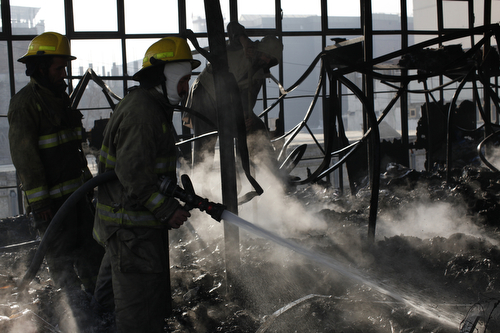 Although UNAMA noted increased public messaging by the Taliban on civilian casualties throughout 2013, the situation on the ground for Afghan civilians did not improve. “The Taliban increased their indiscriminate use of IEDs and continued to attack civilians,” said the report.

“Statements on protecting civilians by the Taliban leadership are not nearly enough to end the killing and injuring of innocent Afghan civilians,” said Special Representative Kubiš. “What is needed is for the Taliban to stop deliberately attacking civilians and using IEDS indiscriminately, and to change their definition of ‘civilian’ and lawful targets in line with international humanitarian law.”

UNAMA has noted that indiscriminate attacks and direct targeted attacks against civilians are strictly prohibited under international humanitarian law which binds all parties to the conflict in Afghanistan including the Taliban.

“Attacks on civilians and killings of mullahs, elections workers, tribal elders and other civilians not directly participating in hostilities may amount to war crimes,” said the report.

“This overall rise was linked to increased ground operations with civilian casualties by Afghan national security forces,” it noted. 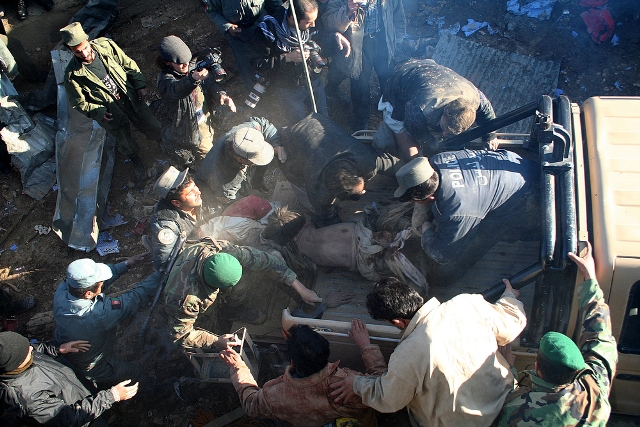 Of all civilian casualties by PGFs, 57 per cent were attributed to the Afghan National Security Forces, 27 per cent to international military forces and 16 per cent to joint operations.

“With Afghan national security forces leading military operations country wide, UNAMA reinforced the need for improved implementation of directives and rules of engagement mandating civilian protection, and for permanent structures in the Ministries of Defence and Interior to investigate reports of civilian casualties by Afghan forces, initiate remedial measures and take follow-up action,” said the report, while calling on the Afghan Government to investigate any allegations of human rights violations by Afghan forces.

The UN report contained a number of recommendations for all parties involved in the conflict.

Among its recommendations to AGEs, the report called for ceasing of the indiscriminate and disproportionate use of IEDs; ceasing of targeting and killing civilians including religious personnel, judicial authorities and civilian Government workers; enforcing codes of conduct, instructions and directives instructing their members to prevent and avoid civilian casualties and hold accountable those who target, kill and injure civilians.

Other recommendations were directed at the Government of Afghanistan. UNAMA urged the Government to prioritize the implementation of a counter-IED strategy. It also urged the Government to take “concrete measures” to reduce civilian casualties from ground engagements “through revision, strengthening and implementation of tactical directives, rules of engagements and other procedures, and ensure proper training and resourcing of all Afghan national security forces on civilian protection measures and mitigation.” 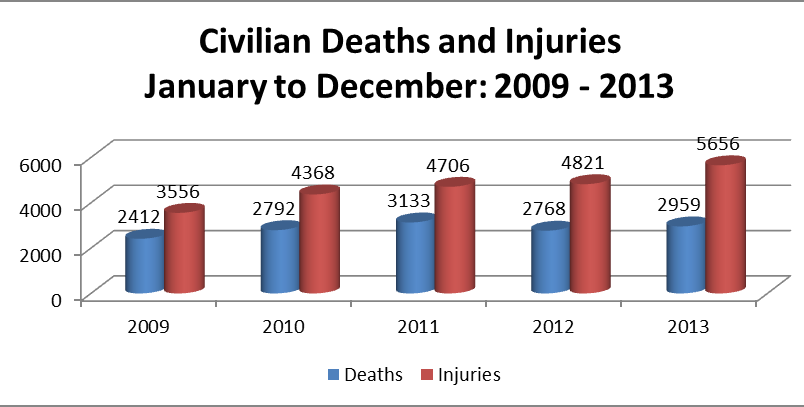 It also called on the Government to investigate all allegations of human right violations by Afghan security forces, and prosecute and punish those found responsible.

It has recommended international military forces to increase support to Afghan security forces to ensure “they are sufficiently resourced, trained and equipped to command, control and effectively conduct counter-IED operations and IED-disposal.”

It has also urged the international forces to conduct post-operation reviews and investigations in cooperation with the Government where civilian casualties occurred in operations that involved international security or intelligence forces, and take appropriate steps to ensure accountability, better operational practice and compensation.