KABUL - The most senior United Nations official in Afghanistan today hailed efforts by one of the country’s electoral management bodies – the Independent Election Commission (IEC) – to start the implementation of an audit plan to help resolve concerns over the results of the Afghan Presidential election run-off.

“I was very much encouraged that the IEC was not waiting, has not been waiting, for that, and after our conversation this morning with Chairman Nuristani, the Commission (has) started already discussions on how to quickly start the implementation of this really unprecedented full audit of all the ballots cast,” the Secretary-General’s Special Representative for Afghanistan and head of the UN Assistance Mission in Afghanistan (UNAMA), Ján Kubiš said at a news conference alongside the IEC Chairman, Dr. Yusuf Nuristani, and the Chairman of the Independent Electoral Complaints Commission (IECC), Abdul Sattar Sadaat, held at the IEC's headquarters in the capital, Kabul.

The audit plan, facilitated by the US Secretary of State, John Kerry, was announced on Saturday night at a press conference attended by the two Presidential candidates, Dr. Abdullah Abdullah and Dr. Ashraf Ghani, Mr. Kerry and Mr. Kubiš.

Agreed on by both of the candidates, the audit involves a complete audit of the results of Afghanistan’s Presidential election run-off, held on 14 June, as well as the formation of a government of national unity, among other points. 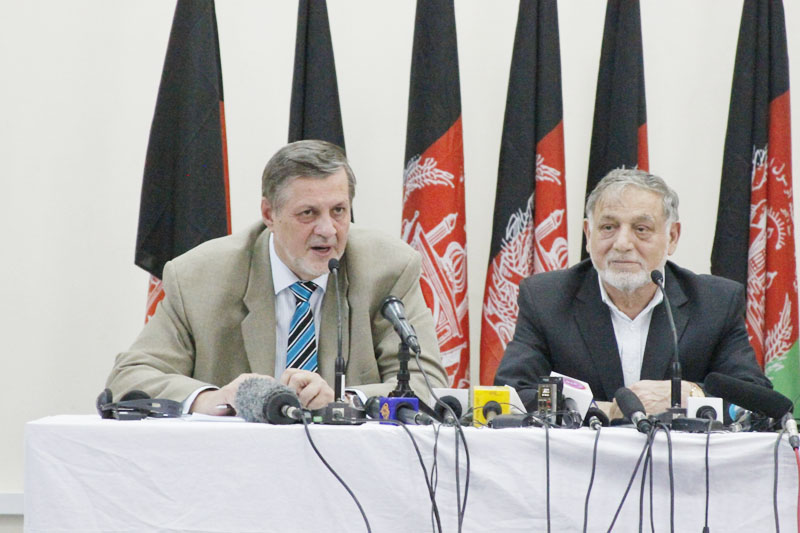 “You heard already the good news of yesterday that the statesmanship, wisdom and responsible understanding of the two Presidential candidates managed to break the impasse, and the two parties came to a political agreement on how to break this impasse, how to complete the election process, how to participate with the election process and, in the end, how to strengthen the unity of the country,” Mr. Kubiš said.

For weeks, both Presidential candidates had requested a full investigation of serious and credible allegations of fraud and have strongly urged measures that would separate fraudulent ballots from valid votes. UNAMA had noted that it shared these concerns and supported an extensive and thorough investigation and audit.

UNAMA today forwarded the agreed audit framework and procedures, including an audit checklist, to the IEC and IECC. Before the media encounter, the Special Representative had attended a meeting chaired by Dr. Nuristani, and attended by the IECC Chairman, Mr. Sadaat, and representatives of the Presidential candidates – Fazel Ahmed Manawi on behalf of Dr. Abdullah and Daoud Sultanzoy on behalf of Dr. Ghani. 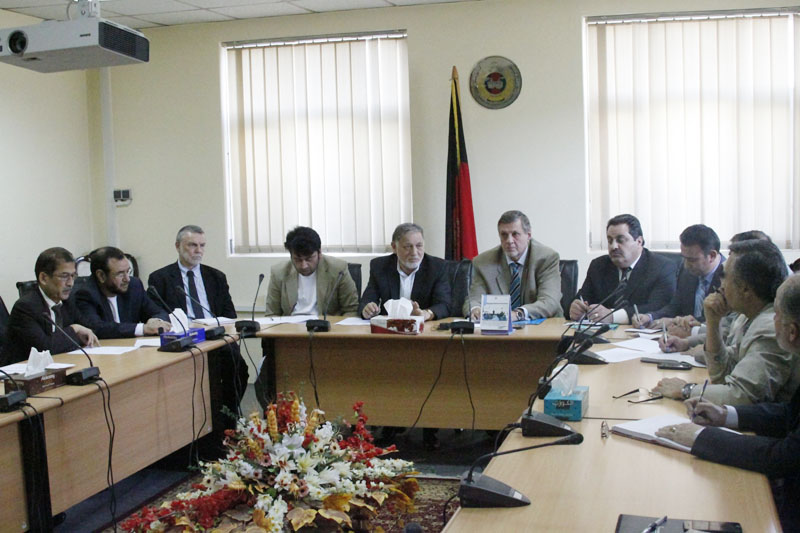 “And I was happy to hear,” Mr. Kubiš continued, “from Chairman Sadaat, a general statement that the political agreement of the two sides is in accordance with the laws of the country and it is necessary that the decisions that will put in practice this agreement follow the laws the of the country.”

The Special Representative noted that the United Nations will be advising and providing its good offices in support of the audit plan, with one measure of this support being the deployment to Afghanistan of the Director of the Electoral Assistance Division, Craig Jenness, from the world body’s Department of Political Affairs.

“This is a signal of the seriousness of the United Nations – that he came here a week ago and will stay at least ten more days and then, if needed, he’ll return back to provide support,” Mr. Kubiš said, adding that Mr. Jenness had chaired a meeting of national and international observers groups earlier on Sunday.