KABUL - Around one million people in Afghanistan are expected to benefit from emergency health and nutrition projects, thanks to the first grant allocations from a newly-established, United Nations-managed Common Humanitarian Fund (CHF).

“I am pleased to see that the focus of the first round of funding has been responding to the life-saving needs of the underserved conflict-affected people and young children in the south and south east of Afghanistan,” he added.

CHFs are country-based, pooled funds that provide early and predictable funding to non-governmental agencies (NGOs) and UN agencies for their response to critical humanitarian needs. The Funds enable Humanitarian Country Teams to swiftly allocate resources in a coordinated manner to where they are most needed and to improve the targeting of relief efforts to the most urgent humanitarian needs, as well as fund priority life-saving projects.

In the countries where they exist, CHFs are managed by a Humanitarian Coordinator, with support from the UN Office for the Coordination of Humanitarian Affairs (OCHA) for their day-to-day management. 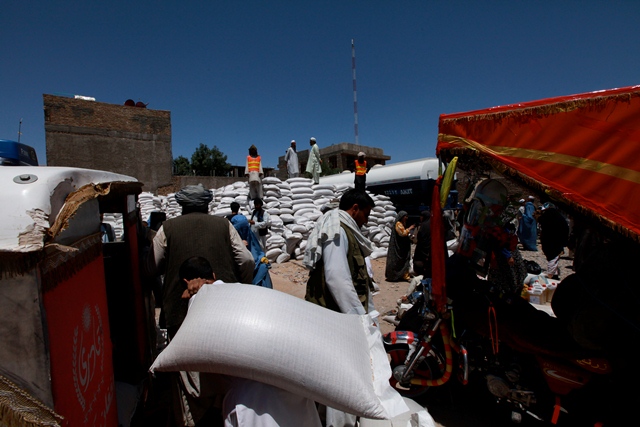 This is the first time that Afghanistan’s CHF has gone through the process of reviewing proposals and disbursing money. In total, $19.2 million have been awarded in this first round, with $8.7 million allocated to eight nutrition projects and $8.6 million for seven health-related projects.

Collectively, these first health and nutrition projects will operate in nearly 80 underserved districts in Afghanistan, most of which are located in the south, southeast and east of the country. These areas have been severely affected by years of conflict, leaving thousands of children acutely malnourished and access to health services limited. In total, around one million people are expected to benefit from the projects, which will be delivered through a number of national and international NGOs and UN agencies.

Another $1.5 million from the CHF will also be used to support OCHA’s Humanitarian Financing Unit, which is helping to coordinate the response to flooding in the north of the country. Direct relief in response to the flooding is being provided by OCHA’s Emergency Response Fund.

Plans for a second round of allocations from the CHF are already underway, and humanitarian NGOs which wish to participate in relief efforts are encouraged to apply.