KABUL - The United Nations called on all warring parties in Afghanistan to take urgent steps to halt the killing and maiming of civilians, as a new UN report issued today recorded the highest ever number of civilian casualties in a single year, including record figures for children killed and injured in 2016.

The report documents 11,418 conflict-related civilian casualties, including 3,498 killed and 7,920 injured. Of these, 3,512 were children - 923 dead and 2,589 injured, up 24 per cent on the previous highest recorded figure. The figures, recorded by UN Assistance Mission in Afghanistan (UNAMA), are the highest since the UN began systematically documenting civilian casualty figures in 2009.

“The killing and maiming of thousands of Afghan civilians is deeply harrowing and largely preventable,” said Tadamichi Yamamoto, the UN Secretary-General’s Special Representative for Afghanistan. “All parties to the conflict must take immediate concrete measures to protect the ordinary Afghan men, women and children whose lives are being shattered.”

The report notes that as in 2015, ground engagements between Anti-Government Elements and Pro-Government Forces, particularly in areas populated or frequented by civilians, remained the leading cause of civilian casualties, followed by improvised explosive devices (IED), suicide and complex attacks, as well as targeted and deliberate killings.

Airstrikes carried out by Afghan and international forces caused 590 civilian casualties (250 deaths and 340 injured) nearly double that recorded in 2015 and the highest since 2009.

Yamamoto, who is also head of UNAMA, condemned the unrelenting and devastating impact of ground engagements on civilians, as well as of the increasing number of large-scale suicide attacks that intentionally targeted civilians.

“Yet another record year of civilian suffering in Afghanistan,” he said. “Unless all parties to the conflict make serious efforts to review and address the consequences of their operations, the levels of civilian casualties, displacement and other types of human suffering are likely to remain at appallingly high levels.”

UN High Commissioner for Human Rights, Zeid Ra’ad Al Hussein, said the casualty figures painted a picture of the most vulnerable sectors of society paying the highest price. “Children have been killed, blinded, crippled – or inadvertently caused the death of their friends – while playing with unexploded ordnance that is negligently left behind by parties to the conflict. Women continue to be brutally punished in parallel so-called ‘justice’ processes while religious minorities are targeted as they pray in their mosques,” Zeid said.

“And the consequences of each act of violence ripple through families and entire communities that are left broken, unable to sustain themselves and largely failing to obtain any semblance of justice or reparation. After nearly 40 years of constantly evolving armed conflict in Afghanistan, a Daesh franchise has now surfaced as an additional, deadly component. It is about time the various parties to the conflict ceased the relentless commission of war crimes and thought about the harm they are doing to their mothers, fathers, children and future generations by continuing to fuel this senseless, never-ending conflict,” said Zeid.

Yamamoto and Zeid called on all parties to minimize the use of explosive weapons in areas populated by civilians and to ensure explosive remnants of war are removed. They also stressed the need for accountability and justice for violations of international humanitarian law and human rights law.

“The continuation of attacks targeting civilians and indiscriminate attacks by Anti-Government Elements – in particular, IED and suicide attacks in civilian-populated areas − is illegal, reprehensible and, in most cases, may amount to a war crime. It is imperative that the perpetrators, whoever they are, be held accountable for such acts,” the report states.

The UNAMA Annual Report 2016 Protection of Civilians in Armed Conflict is available at: https://unama.unmissions.org/protection-of-civilians-reports 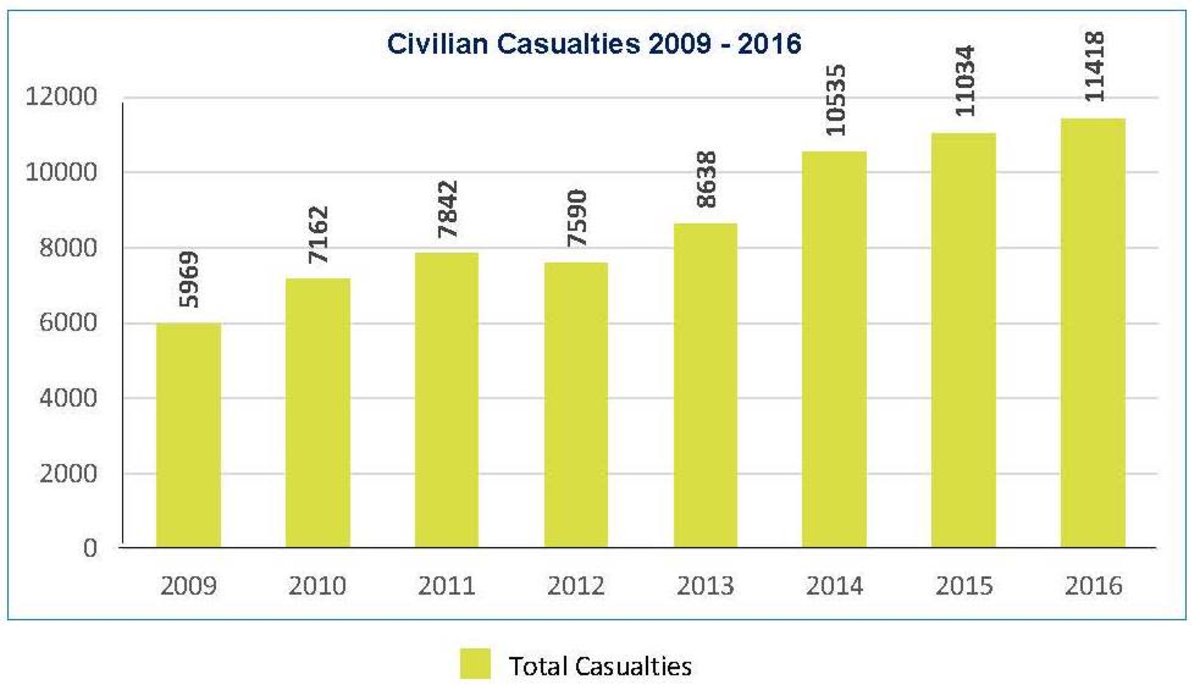 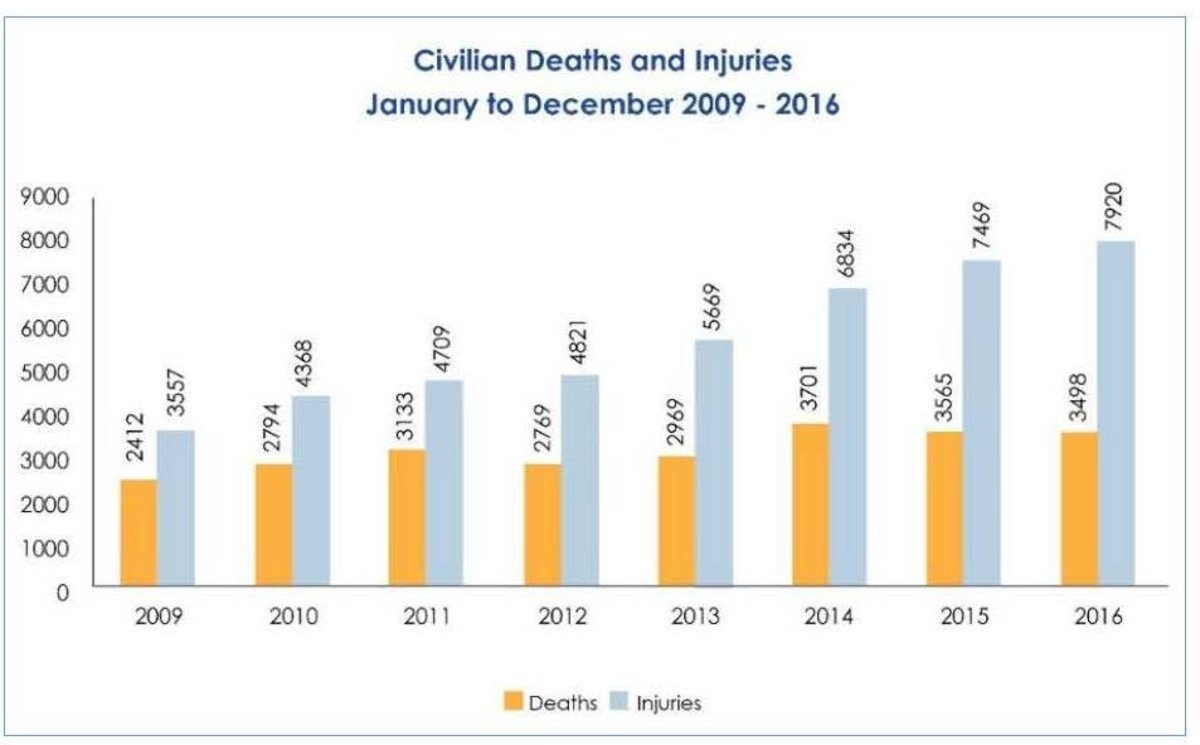 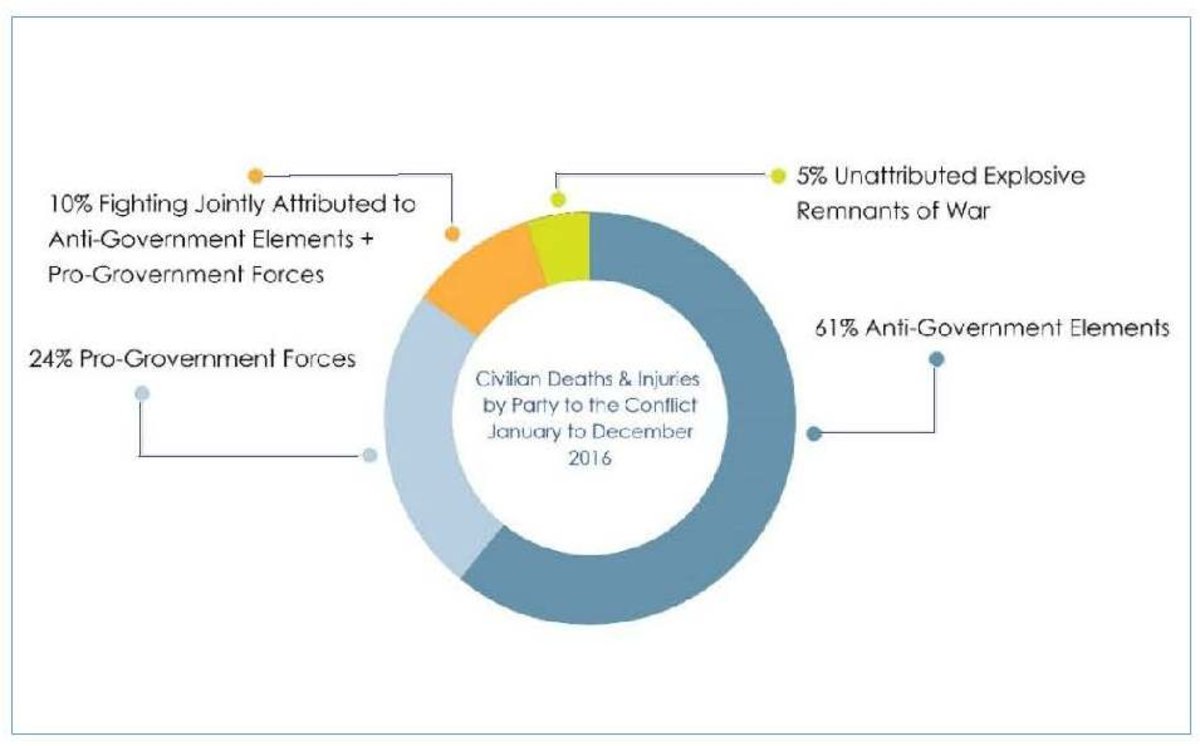 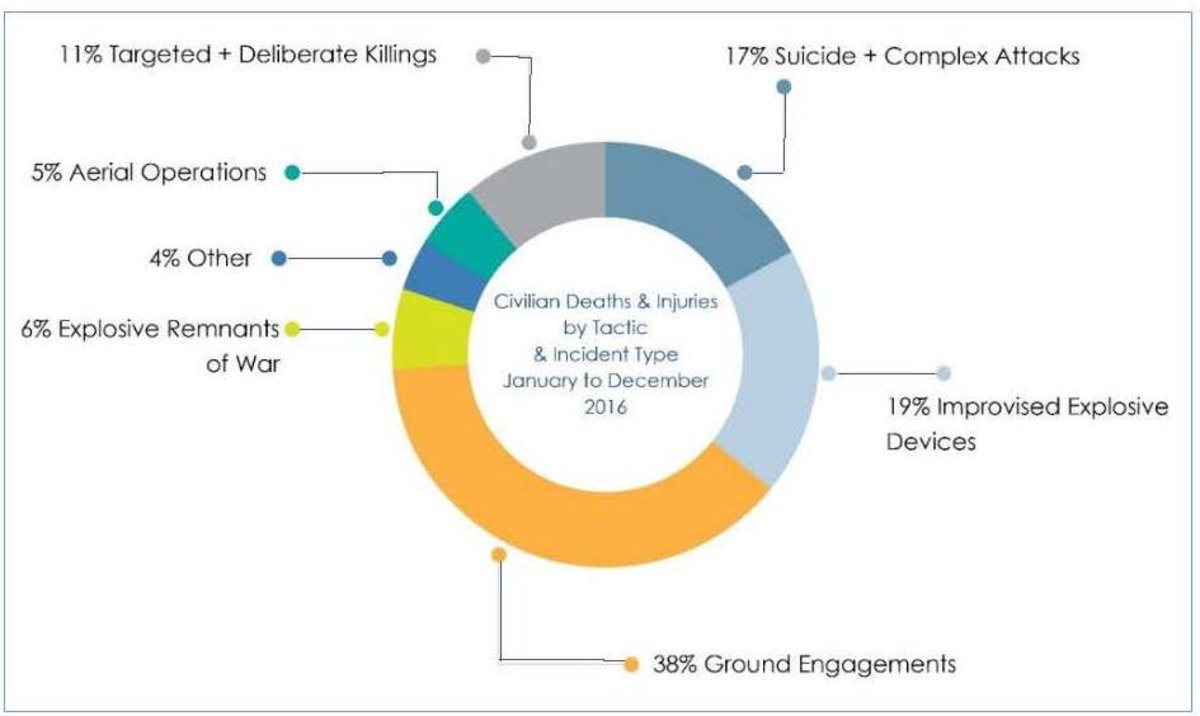 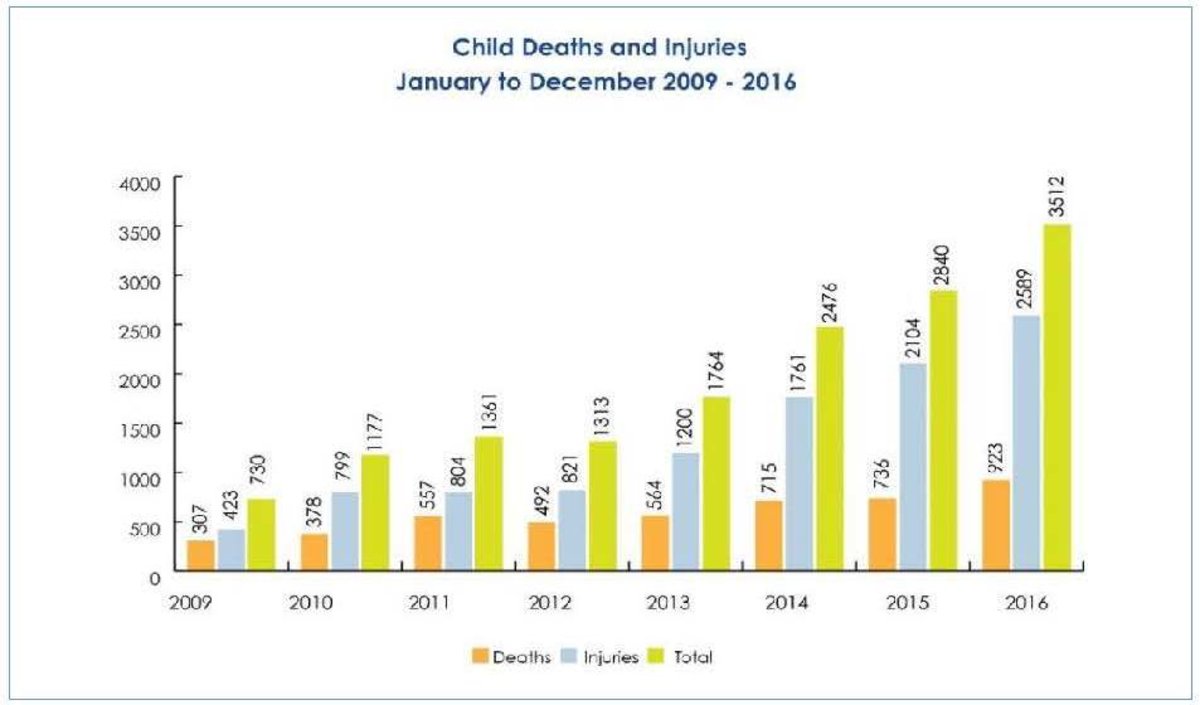