KABUL - The top United Nations official in Afghanistan congratulated late Saturday night the two candidates in the country’s Presidential elections for their commitment to their country’s future stability and unity, following the presentation of an audit plan to help resolve concerns over the results of the poll’s run-off.

For weeks, both Presidential candidates have requested a full investigation of serious and credible allegations of fraud and have strongly urged measures that would separate fraudulent ballots from valid votes. UNAMA has noted that it shared these concerns and supported an extensive and thorough investigation and audit. 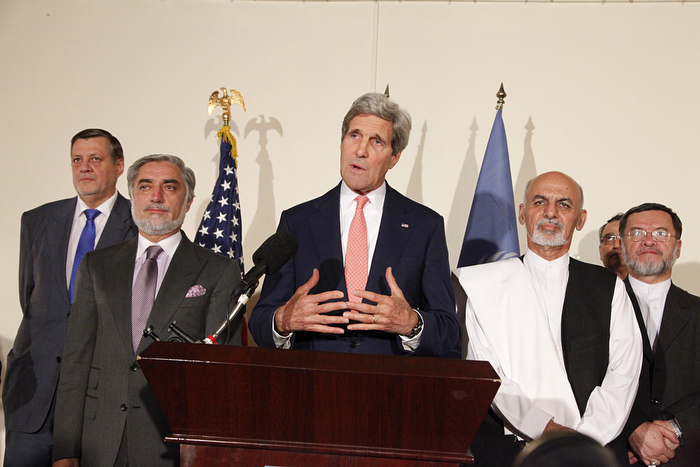 The news conference was attended by the two candidates, Dr. Abdullah Abdullah and Dr. Ashraf Ghani Ahmadzai, as well as the United States Secretary of State, John Kerry. Earlier in the conference, Mr. Kerry announced a new audit plan for the results of the election run-off starting on Sunday.

"Both candidates have committed to participate in and stand by the results of the largest possible audit. Every single ballot that was cast will be audited, all eight million," Mr. Kerry said. "The winner will serve as president and will immediately form a government of national unity."

“I would like to applaud the commitment of the United States, President Obama and Secretary Kerry to a peaceful, united prosperous Afghanistan,” Mr. Kubiš said. “Secretary Kerry, through his facilitation, assisted the two candidates to come to this excellent result today. Thank you for that.” 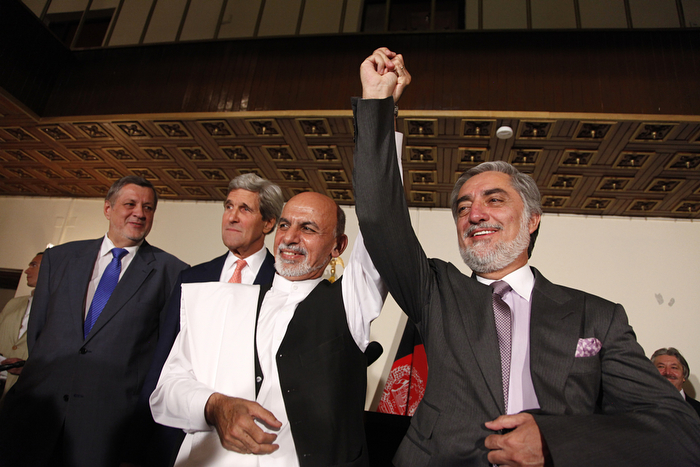 “This support of the international community is needed to provide credibility to this process of audit,” Mr. Kubiš said.

In his remarks, the Special Representative also reaffirmed the world body’s support for the “truly unprecedented, absolutely unique, intrusive audit that will be launched tomorrow.”

UNAMA has been assisting the candidates and Afghan institutions in efforts to strengthen the credibility of the country’s electoral process and acceptance of the results from the recent Presidential election run-off by both campaigns and all Afghans. At the request of the two Presidential candidates and the Afghan authorities, the UN has, over the past days, held numerous meetings with representatives of both Presidential campaigns to discuss measures to increase the integrity and credibility of the run-off.