KABUL - A senior United Nations official in Afghanistan today said that domestic observers will anchor observation activities in the Presidential and Provincial Council elections to be held later this week.

“In fact, [election] observation rests principally or, in fact, entirely, on domestic observers,” said the UN Secretary-General’s Deputy Special Representative for Afghanistan, Nicholas Haysom, at a media briefing in the capital, Kabul.

“In our view, it was never contemplated that international observers would play a significant role in observation,” added Mr. Haysom, who is also a deputy head of the UN Assistance Mission in Afghanistan (UNAMA) and oversees the Mission’s activities related to political affairs.

The UN official also noted “positive signs” that the domestic observers are working together and “the authorities will do their best to ensure what is most important is that the observers get out of the cities and into the rural areas.”

Mr. Haysom’s comments come amid reports that some international observer organizations are pulling out or reducing the number of staff in Afghanistan in the aftermath of an insurgent attack on a Kabul hotel on 20 March. One international poll observer was reportedly among those killed in the attack.

Unofficial estimates put the number of domestic election observers up to 20,000. The spokesperson for the Independent Election Commission of Afghanistan (IEC), Noor Mohammad Noor, has indicated that IEC has issued accreditations to 213,408 election observers – that figure also includes poll candidates’ agents and journalists, in addition to actual observers.

UNAMA is providing technical support to the Afghan authorities, at their request, in the organization of the 5 April elections, which UN officials have described as critical to Afghanistan’s future stability and continued international support. 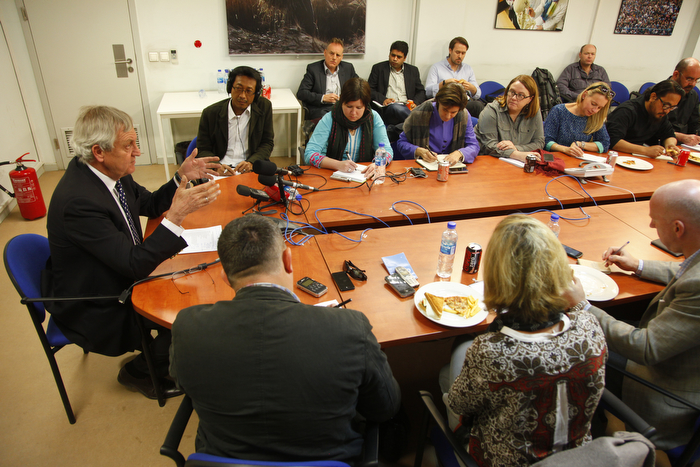 In today’s media briefing, Mr. Haysom also covered a range of other topics related to the organization of the vote, including overall preparation efforts and the security and political environment.

The UN official said the overall preparation for the polls are “certainly more advanced” than they had been in the previous elections.

On poll security, Mr. Haysom noted that the stakes are quite high, but “really significant steps” have been taken to beef up security in comparison to the 2009 election cycle, including in the areas of operational planning, the coordination of information and the increased number of the Afghan National Security Forces to protect polling centres.

“We think it’s very important to reassure the Afghan public that steps have been put in place – much better steps than were there before. But at the end of the day, we know that individuals will make their own mind up about whether that’s an adequate reassurance,” he added.

On Sunday, the IEC announced that polling will be conducted in 90 per cent of some 7,500 polling centres, with the remaining centres staying closed due to security concerns and access issues. 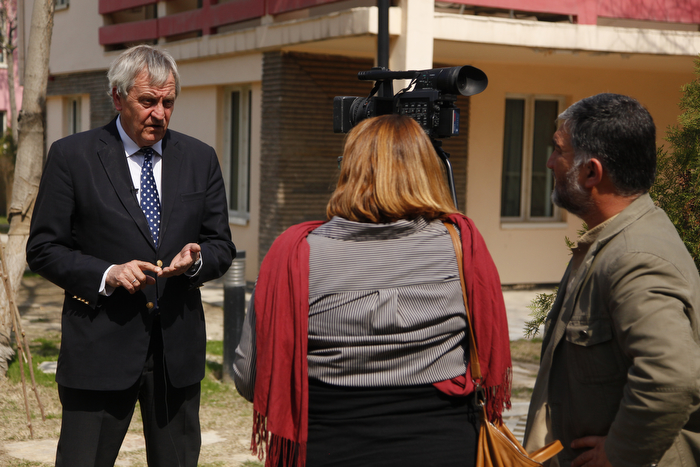 Mr. Haysom stated that there was “considerably greater interest” among ordinary Afghans in the candidates’ campaigns and associated political debates compared to past elections.

“The challenge for us is to translate some of that enthusiasm into a real opportunity to vote,” he said.

While noting that the political environment is positive with the electoral campaigns being organized in “a mature and even-tempered way,” Mr. Haysom urged poll candidates to accept the results “provided the reassurances are given that their complaints are being properly handled and that there hasn’t been widespread and undetected fraud.”

“We ourselves have and continue to appeal to candidates to give a lead on the behaviour which they expect their supporters, or they expect other people’s supporters, to comply with,” he continued. “We think they also have an important role to play in giving a signal as to how the results are accepted.”

[Click this link for the full transcript of Mr. Haysom's media briefing]