NANGARHAR - At a United Nations-backed seminar, women journalists in the eastern region of Afghanistan voiced concern over security issues and other challenges confronting members of the media, especially women journalists, who say security problems and cultural constraints are hindering their ability to report on political and social developments.

In comments at the seminar, Shahla Shayiq, the Director and founder of FM radio station Nargis, the only women’s broadcast channel in the eastern region, called for steps to be taken to ensure a secure environment for female journalists so they are able to play their important role in Afghanistan’s progress.

Designed to provide a platform for the journalists to discuss the issues they face in their daily work, the seminar was set up in line with UN Security Council Resolution 1325 (2000) on Women, Peace and Security and Resolution 1738 (2006) on Journalists in Conflict Situations.

In her comments at the event, the Provincial Director of Afghanistan’s Independent Human Rights Commission (AIHRC), Sabrina Hameedi, said that despite the efforts of the international community and the Government to improve the living conditions of women, challenges remain. She called traditional attitudes about women a hindrance, and asked the media to play a role in changing those perceptions.

At the seminar, UNAMA officials briefed participants on the world body’s activities in Afghanistan to support efforts to eliminate violence against women and promote gender equality. 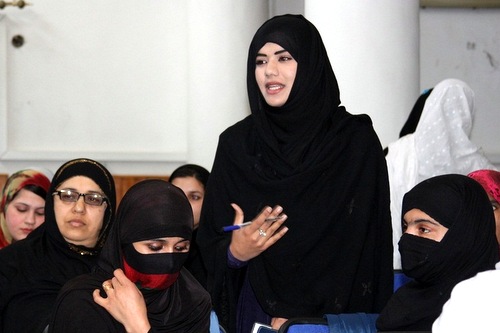