KABUL - The Independent Election Commission of Afghanistan (IEC) sought active support of the country’s ulema (‘religious scholars’) and community elders in raising awareness among and mobilizing the public for next year’s Presidential and Provincial Council elections, at a seminar in the capital, Kabul, today.

Addressing the seminar attended by over 200 ulema members from Kabul – which has 16 to 18 per cent of all Afghan voters – the head of IEC, Dr. Ahmad Yusuf Nuristani, said Afghanistan was going through a “critical phase” and election was the “most suitable way” out of the political transition, in which the country will see a transfer of power from one elected government to another for the first time in its history.

“The spirit of the holy religion of Islam is not in contradiction with the election process,” said Mr. Nuristani, urging the ulema to include election messages in their sermons.

In line with its mandate, the United Nations Assistance Mission in Afghanistan (UNAMA) is charged with supporting the 2014 elections, slated for 5 April, at the request of the Afghan Government.

A key tenet of the UN political mission’s approach is that Afghan-led and Afghan-managed electoral processes are central to a stable and sustainable political transition.

In a statement last week, UNAMA welcomed the recent financial pledges by international donors which will cover the required budget for the 2014 polls.

In addition, the UN provides technical supports to the national electoral institutions under its UNDP-Elect II (Enhancing Legal and Electoral Capacity for Tomorrow II) project to enable them plan and conduct credible elections in the country. 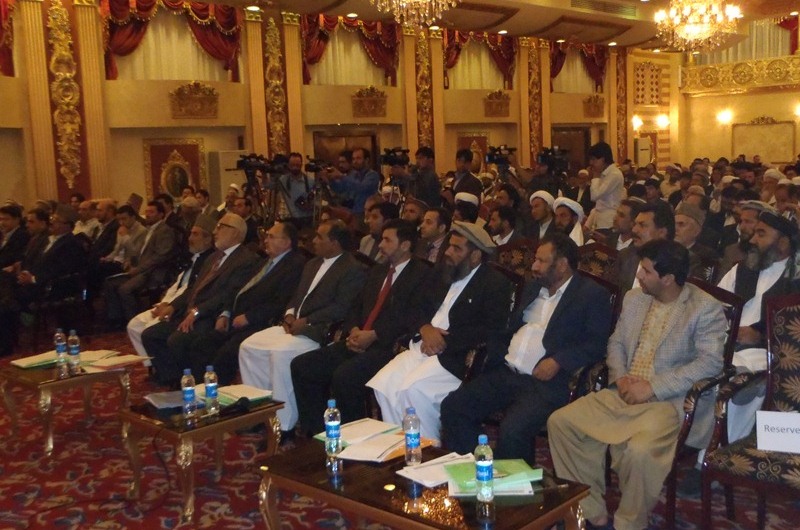 Another speaker at today’s event in Kabul, the head of IEC Secretariat, Ziaul Haq Amarkhel, highlighted the importance of Kabul voters taking part in the election process, which will have “a direct impact” on election results.

“Ulema have tremendous leverage in the Afghan society and they can convince the people to take maximum parts in the elections,” said Mr. Amarkhel.

He also said that the IEC was considering special facilities for women, including separate voter registration centres and polling centres, amongst other measures.

“We are organizing awareness-raising seminars throughout the country, in which 15,000 ulema and community elders are participating,” said Mr. Amarkhel.

Mr. Amakhel added that the IEC was also running an electoral campaign through television and radio channels to raise general awareness of the election process.

In his remarks, the Governor of Kabul Province, Abdul Jabbar Taqwa, said a legitimate election will ensure a better future for Afghanistan and urged the ulema and community elders to play their part “in writing the fate of the country for its better interest.”

A renowned religious scholar from Kabul, Moulavi Samiullah Raihan, said that all Afghans have to adopt a positive approach, including participating in voting, for the country’s development and prosperity.

“We have to set aside all our differences and work jointly for the betterment of this nation,” said Mr. Raihan.