KABUL - The first half of 2020 witnessed fluctuating levels of violence impacting civilians in Afghanistan, with the United Nations documenting 3,458 civilian casualties (1,282 killed and 2,176 injured), according to a new report released today.

While the civilian casualty figures represent a 13 per cent decrease as compared to the first six months of 2019, Afghanistan remains one of the deadliest conflicts in the world for civilians. But it must be noted that there has been no reduction in civilian casualties caused by the Taliban and Afghan national security forces. The main reason for the lower number of civilian casualties is due to a reduction in operations by international military forces and the Islamic State of Iraq and the Levant–Khorasan Province, according to the report issued by the UN Assistance Mission in Afghanistan (UNAMA).

“At a time when the Government of Afghanistan and the Taliban have a historic opportunity to come together at the negotiating table for peace talks, the tragic reality is that the fighting continues inflicting terrible harm to civilians every day,” said Deborah Lyons, the Secretary-General’s Special Representative for Afghanistan.

“I urge the parties to pause, to reflect on the chilling incidents and the harm that they are causing to the Afghan people as documented in this report, and to take decisive action to stop the carnage and get to the negotiating table,” said Lyons, who is also the head of UNAMA.

Civilian casualties attributed to Afghan national security forces increased by nine per cent, mainly due to airstrikes and the use of indirect fire during ground engagements. Civilian casualties from airstrikes by the Afghan Air Force during the first six months of 2020 have tripled as compared to the same time period in 2019. Afghan national security forces were responsible for 23 per cent of the total number of civilian casualties in the first half of the year, 789 people (281 killed and 508 injured). Pro-Government Forces remained responsible for most child deaths.

UNAMA did not document any civilian casualties attributed to international military forces from active hostilities during the second quarter of 2020.

Ground engagements remained the leading cause of civilian casualties with the majority – two-thirds – caused by the use of indirect fire, particularly in civilian-populated areas. The use of improvised explosive devices (suicide and non-suicide) was the second leading cause of civilian casualties, followed by targeted killings. UNAMA is especially concerned about the deliberate targeting of civilians, including religious leaders, healthcare workers, members of the judiciary, civil society activists, non-governmental organization workers and journalists.

Women and children continue to be disproportionately affected by the direct and indirect impacts of the armed conflict, comprising more than 40 per cent of the total civilian casualties. During the first six months of the year, the armed conflict caused 397 women casualties (138 killed and 259 injured) and 1,067 child casualties (340 killed and 727 injured). The report notes that children in Afghanistan are especially vulnerable to recruitment and use by parties to the conflict, including for combat functions, during the COVID-19 pandemic.

The report also underscores the lasting impact of the armed conflict on civilians. New monitoring by UNAMA shows that victims suffer incalculable harm weeks and months after an incident occurs, including physically, emotionally and psychologically, financially and otherwise, affecting their ability to enjoy a broad range of human rights. The COVID-19 pandemic has drastically reduced the ability of victims to recover, making it even more imperative for the parties to the conflict to reduce the violence now and acknowledge and address the needs and rights of the victims.

“The experiences, rights and needs of individuals and communities who have been affected by violence must be a central consideration in the upcoming peace talks,” said Fiona Frazer, the Chief of Human Rights at UNAMA. 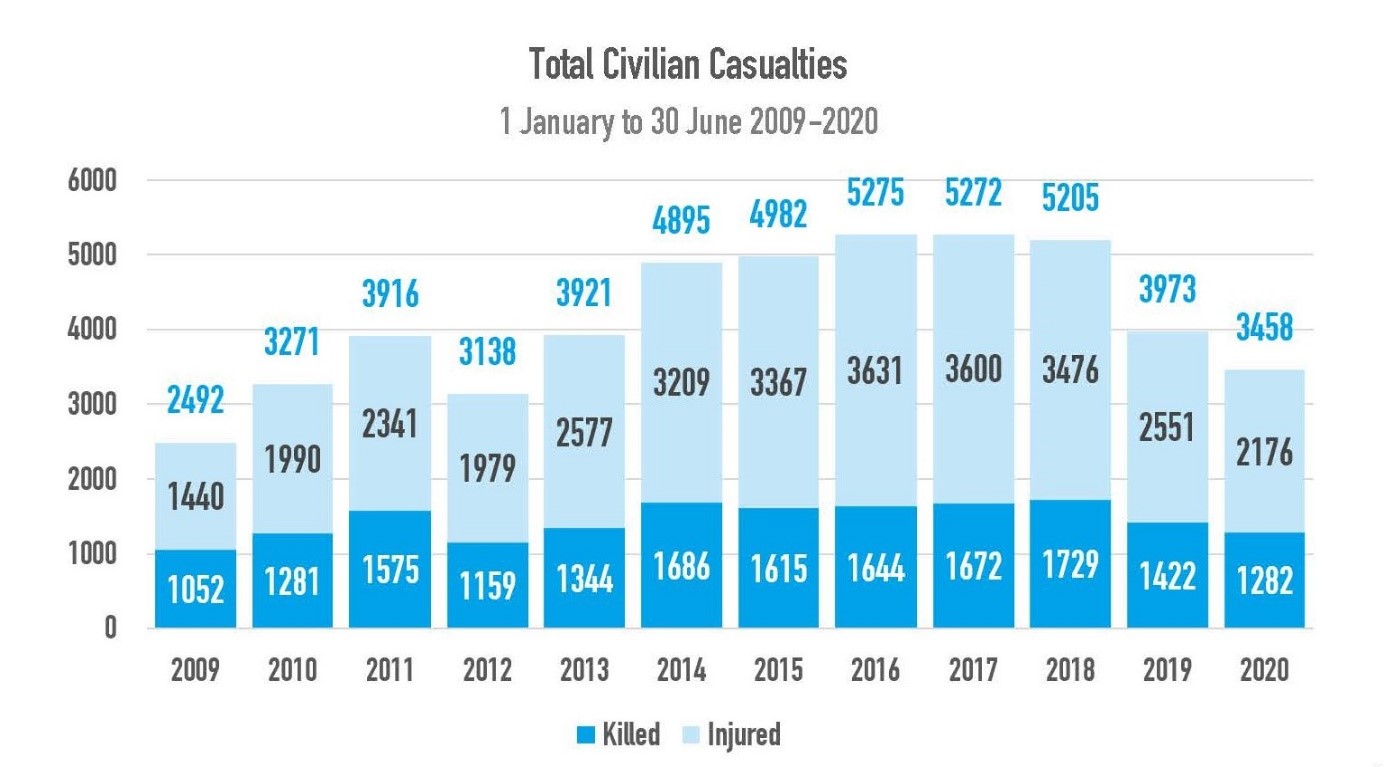 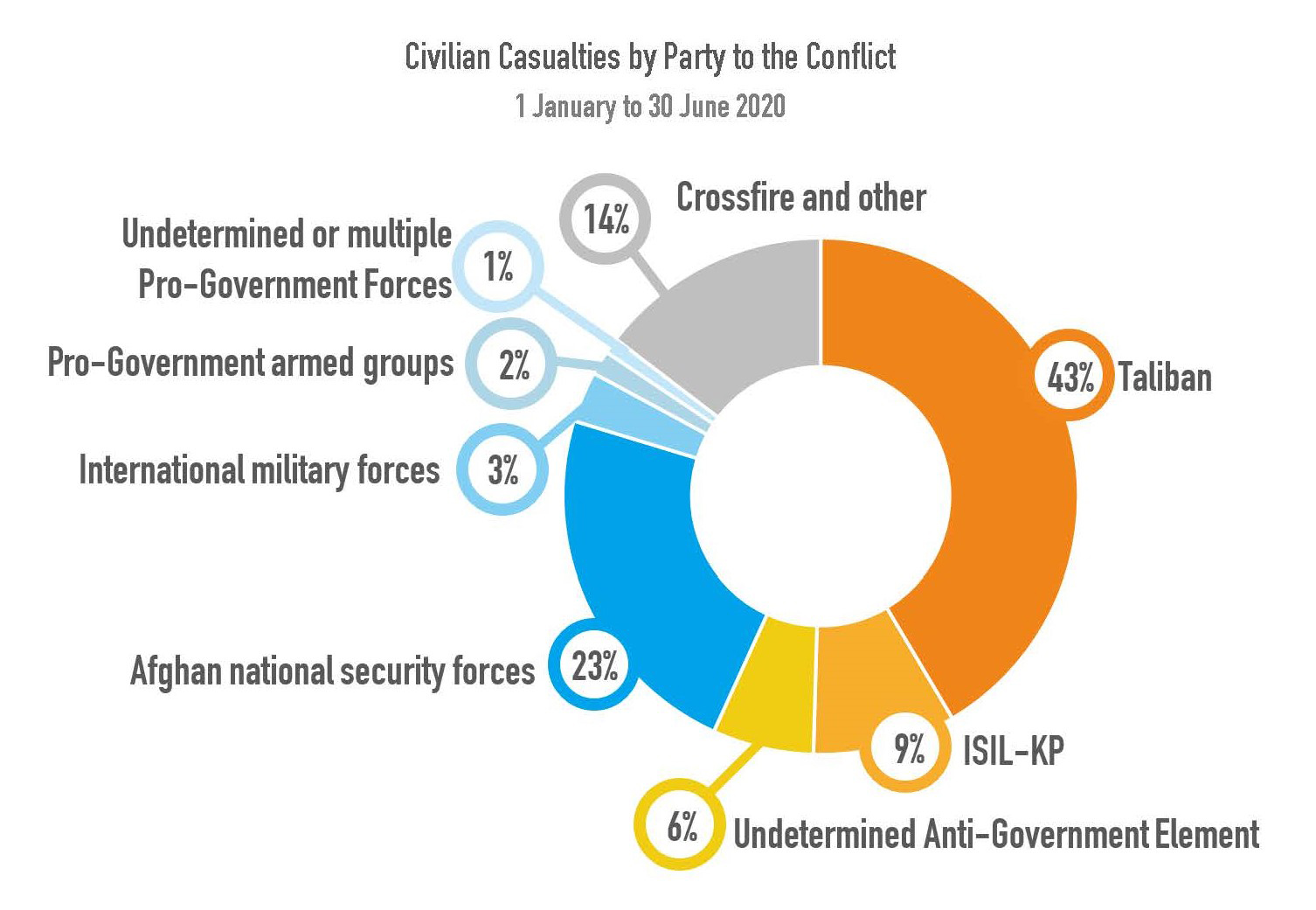 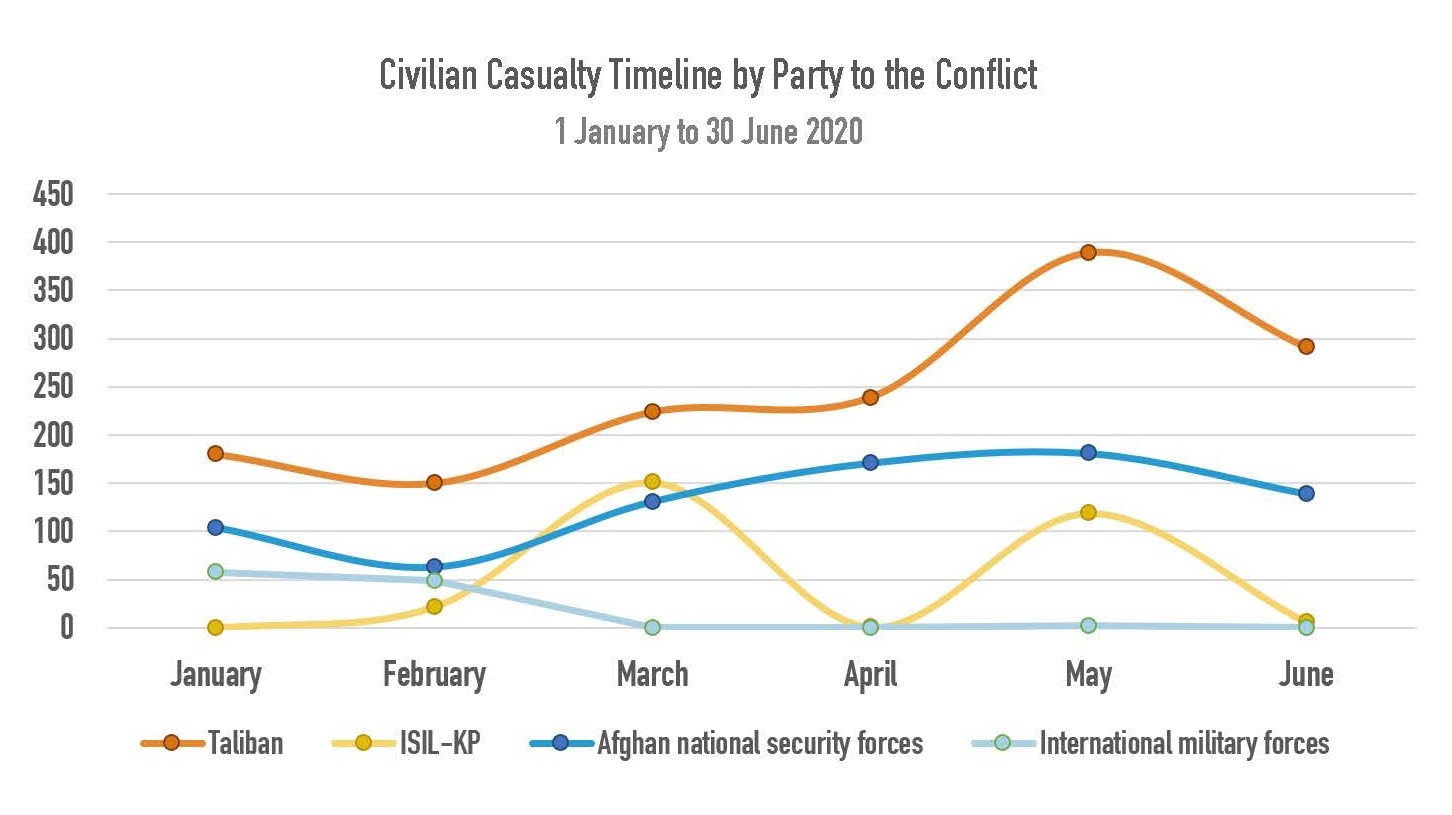 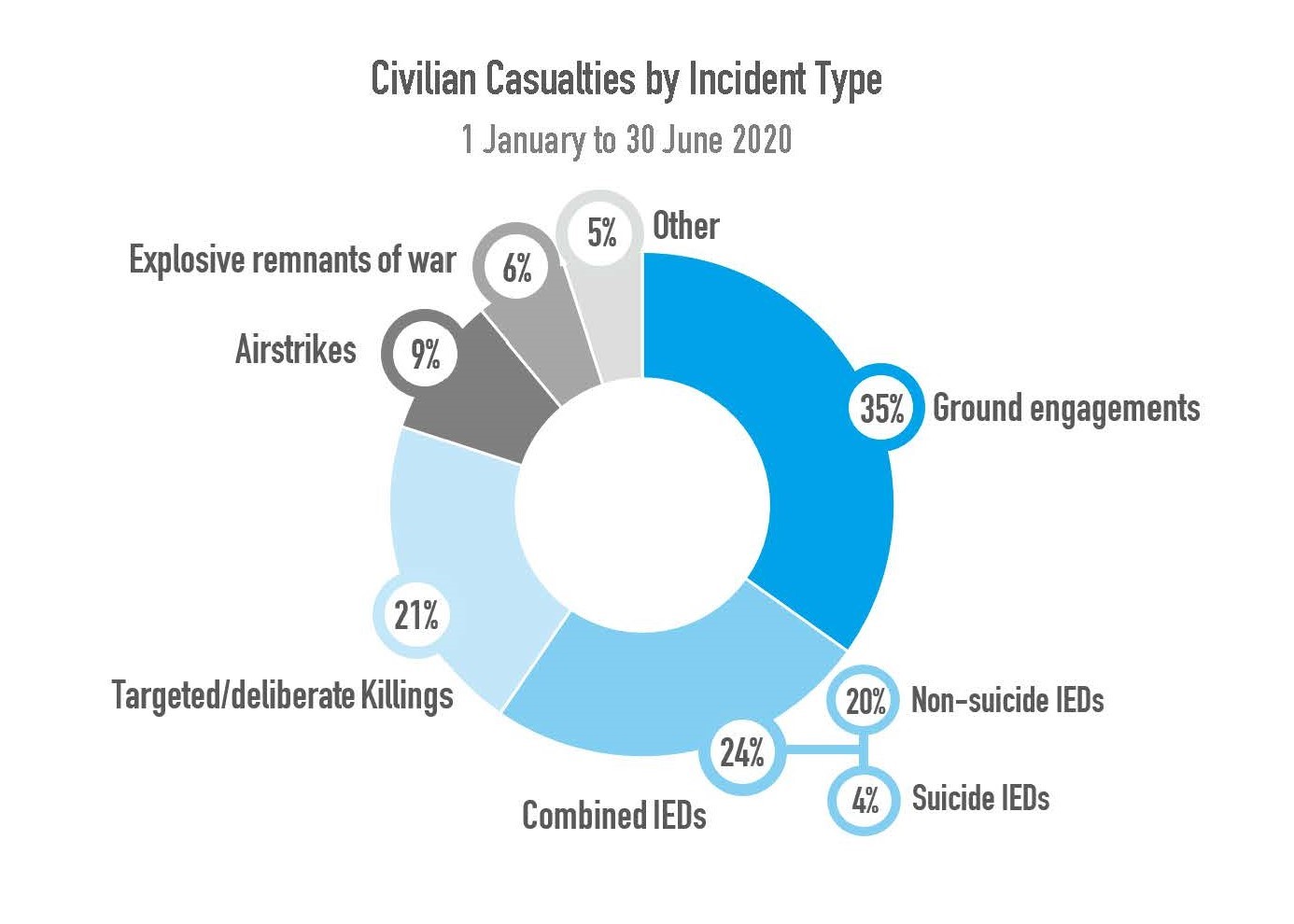