KABUL - Extraordinary levels of harm inflicted on civilians in the Afghan conflict continues unabated, with UNAMA finding that the number of civilians killed and injured during the first three months of 2021 to be significantly higher than a year ago.

Released today, the Afghanistan Protection of Civilians in Armed Conflict 2021 First Quarter Report documents 1,783 civilian casualties (573 killed and 1,210 injured), a 29 per cent increase compared with the same period in 2020.

“The number of Afghan civilians killed and maimed, especially women and children, is deeply disturbing. I implore the parties to urgently find a way to stop this violence,” said Deborah Lyons, the Secretary-General’s Special Representative for Afghanistan.

The commencement of Afghanistan Peace Negotiations in September 2020 raised hopes for an improvement in the situation for civilians. However, in the six months between October 2020 and March 2021, UNAMA recorded a 38 per cent increase in civilian casualties compared with the same period one year earlier. It is worth noting that in February 2020, both Afghan government forces and the Taliban agreed to a week’s reduction in violence, which immediately and significantly reduced the scale of harm to Afghan civilians, demonstrating that political commitment can save Afghan lives. Unfortunately, no additional reductions in violence have been agreed to since the start of the Afghanistan Peace Negotiations.

“Every possible opportunity for peace must be seized. If levels of violence are not immediately reduced, thousands of Afghan civilians will continue to be killed and injured by fellow Afghans in 2021,” said Lyons, who is also head of UNAMA.

The overall increase in civilian casualties in the first quarter of 2021 was mainly driven by the same trends that caused the increase at the end of last year: ground engagements; improvised explosive devices; and targeted killings.

In the first three months of 2021, UNAMA documented increases in the number of civilian casualties as compared to the first quarter of 2020, attributed to both the Afghan National Army, and the Taliban, with the Taliban responsible for 43.5 per cent of all civilian casualties, and the Afghan National Army responsible for 17 per cent. 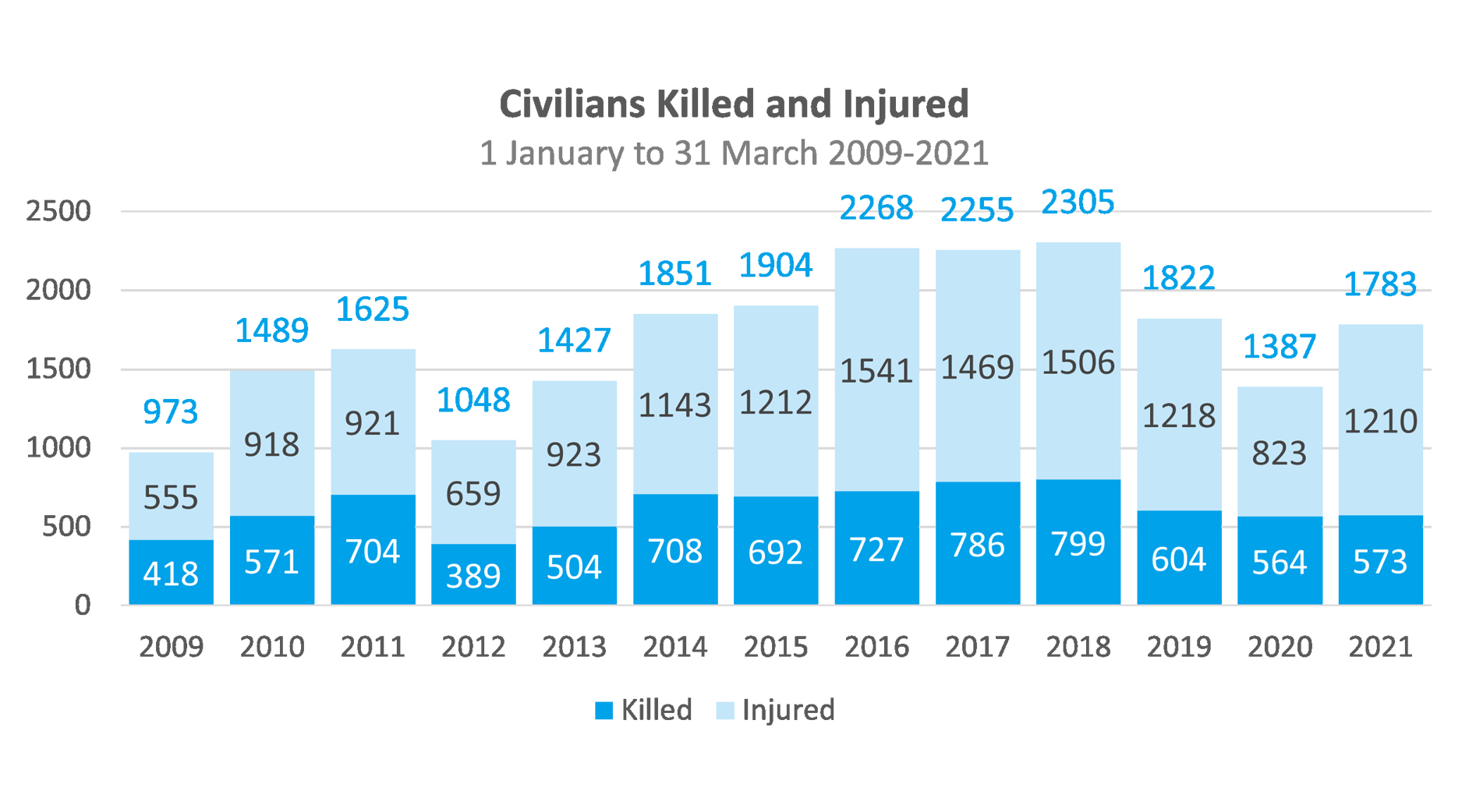 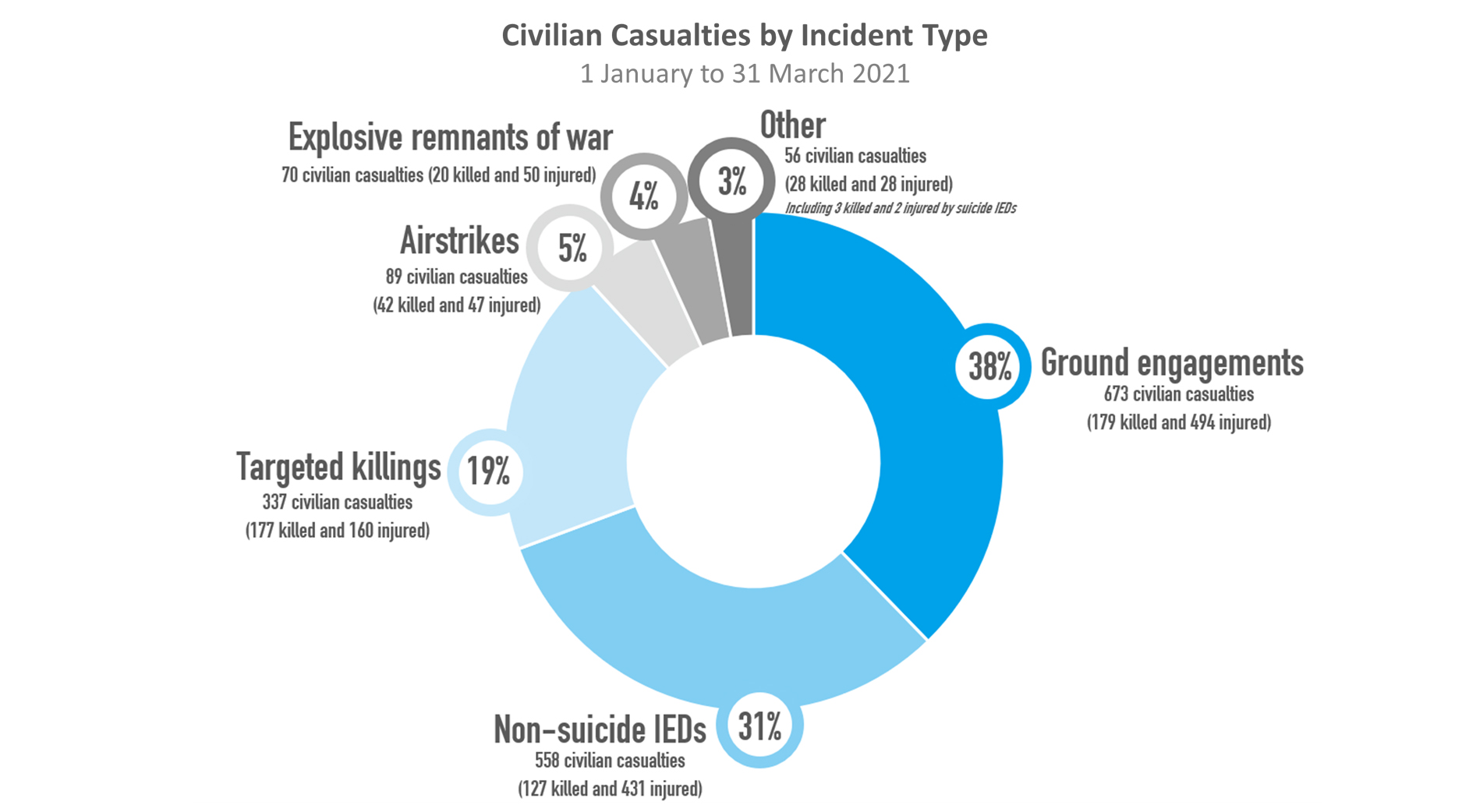 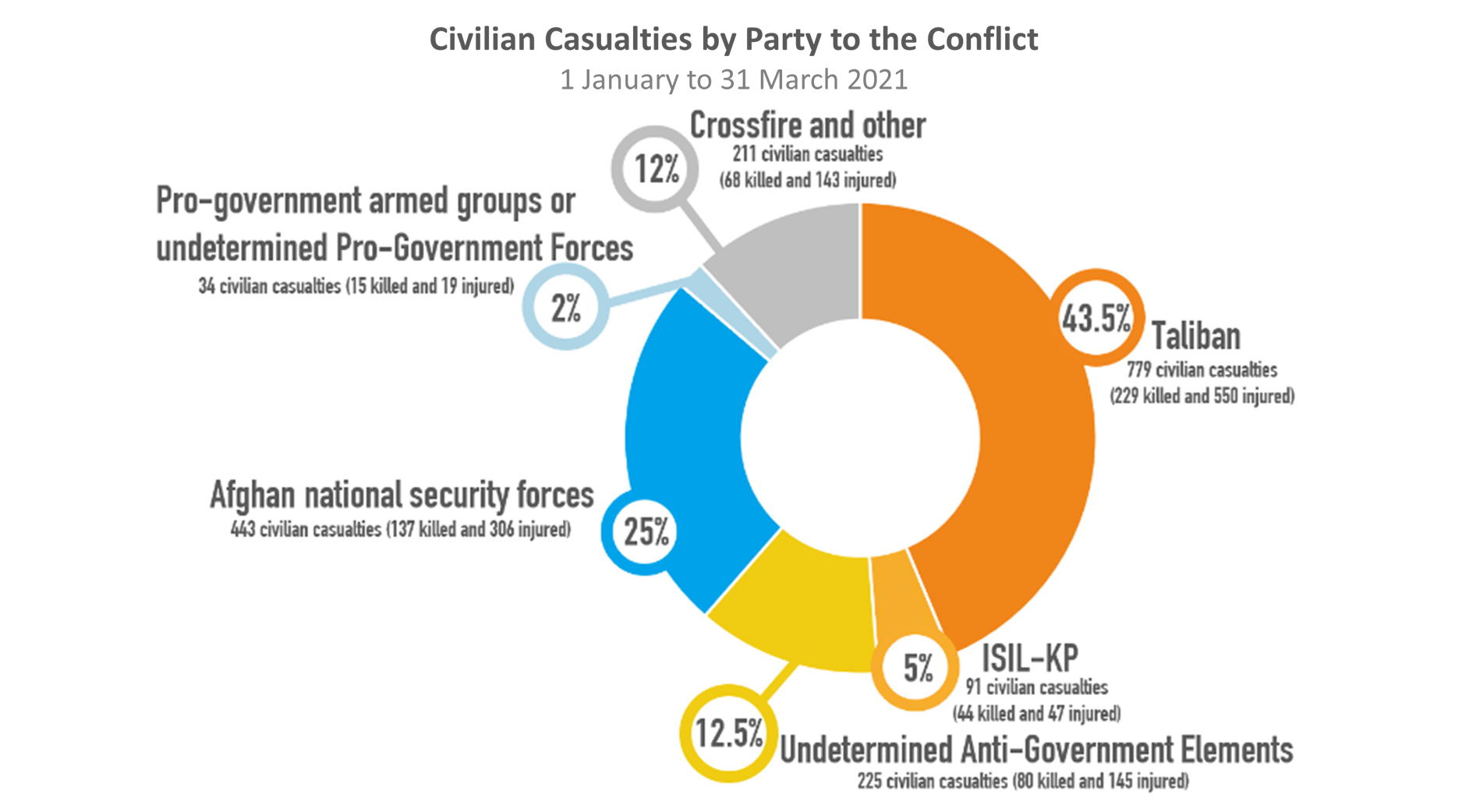